Berlinale 2017 Review: THE ERLPRINCE, The Polish Donnie Darko of Coming of Age Dramas 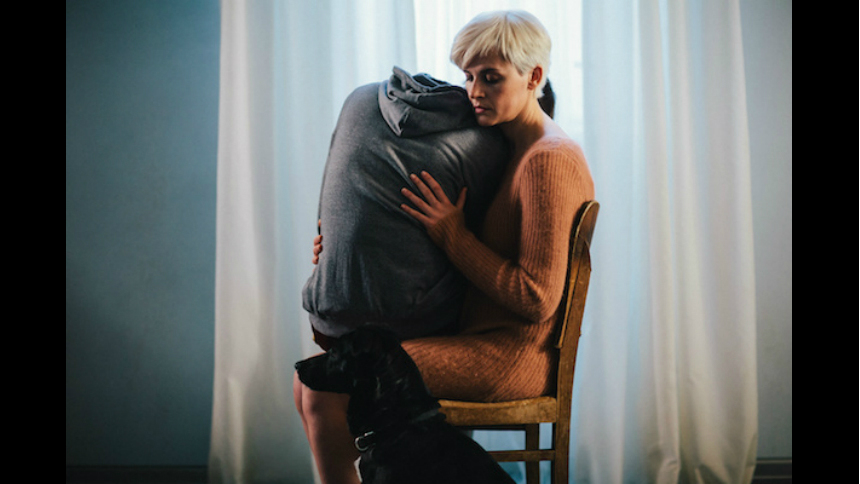 Polish cinema is blooming lately. Besides the critical acclaim of The Lure (read the review), the exceptionally mature debut, The Last Family belongs also among recent Polish oeuvre to check out.

The cavalcade of Polish filmmakers is joined by emerging talent Kuba Czekaj. Czekaj intended The Erlprince to be his first feature outing, however, his to-be-sophomore feature, Baby Bump, made it out first. Both films can be easily regarded as a diptych revolving around growing-up. The director himself reveals that Baby Bump deals with the corporeal side of growing up, whereas The Erlprince´s axis is the mind. They are not only complementary thematically but the character of the mother is played by the same actress and both protagonists wrestle with Oedipal issues to a bigger or lesser extent.

For Baby Bump, Czekaj adapted pop-surrealism imagery, young and cheeky yet still harboring vestiges of Švankmajer´s works. Even though the number of mostly interior shots reveals the low budget nature of the endeavor, especially the set design, the décor and lighting testify to the professional level. The Erlprince unspools in larger spatial settings, from an average apartment to a university, along with bizarre digressions, such as a wolf cage.

The shift from highly aestheticized minimalism to sets and locations usually associated with feature films doesn´t solely testify to the progress. Whereas Baby Bump tends to be more straightforward and even subversive on some occasions, The Erlprince grew into a more complex effort. It revolves around a child prodigy, known as The Boy, who is way too mature for his age. He is incompatible with the surroundings of his peers, partially influenced by the isolation in which his mother kept him.

The Boy´s authoritative mother, referred to only as The Mother, pressures him to participate in a scientific competition, The Boy holds enough degrees and scientific distinctions to be a fair match for veteran scientists. His project is nothing short of ambitious: the theory of parallel worlds. In the meantime, he manages to set up a clock counting down the end of the world, not in the Bible zealot´s style but in an appropriate scientific manner. The doomsday clock frames the story, a device employed not only decoratively.

Czekaj confessed that Baby Bump and The Erlprince create an informal diptych enabling him to explore the essential life phase of a human being. The director´s curiosity to probe what he considers a period of molding one´s personality extends beyond the conventional borders of a coming-of-age story. By focusing on the eternal questions of life, death and God in The Erlprince, Czekaj brushes shoulders with a philosophy which he frames into his personal interpretation of Goethe´s poem, The Erlking.

Meandering between the conventional knowledge of growing up and his personal visions manifests in archetypes that the filmmaker uses, such as referring to the characters by their social (the Mother, the Boy) or professional role (Teacher, Professor) to address the formative influences inside and outside the capsule of a family. By introducing the lost fragment, the Man, a masculine archetype and father figure, Czekaj becomes preoccupied with the question of family in contemporary society. How does the incomplete family affect the development of personality and the formative clash of female and male forces? He adheres to a rather Jungian concept that both sides shares equal importance in a child´s life and impact his maturation.

While The Erlprince remains essentially a family drama, Czekaj demonstrates peculiar genre acrobatics. By weaving science-fiction and mystery elements into a darker coming-of-age story, the film reads like a Polish Donnie Darko. Despite pursuing an overwrought subject, Czekaj assures originality in both cases.

Baby Bump stands out thanks to a slightly subversive and comic style, whereas in The Erlprince, the director draws a clear, distinctive line, from pop aesthetics and light pastel colors to a bleaker and melancholic palette and mood setting. Besides being inspired by Goethe´s poem, Czekaj´s initial idea, as he described in The Erlprince´s conception, was “the death of a boy and the birth of a man,” and the style matches the concept. The crucial transition from one developmental stage to a higher one arrives with adequate ruckus and drama, though Czekaj avoids any melodramatic and outwardly sentimental pitfalls.

If there is a speck of sentimentality spared of saccharine, it´s buried under hybridizing genres and woman on woman action. To be Freudiantly blunt, mother and German teacher action. Taking viewers by surprise and accompanied by an apocalyptic vision, Czekaj does not toss this kind of digression for shock or exotic value. He employed similar manoeuvres in Baby Bump for the benefit of his narrative style.

Furthermore, the justification for such extempore lies at hand. In a story exploring and probing the mind of the growing individual, a stream of consciousness material, however confused, has its legitimate position. The uncalled for visions and situations earn Czekaj more credit as a filmmaker since he is already honing his signature style that might get him recognized further in his career.

The Erlprince plunges into the mind of the young adult beginning to be preoccupied with the big questions of life, to which responses can be found only through living the life, a lesson the protagonist is about to learn. Czekaj´s genre mash-up of family drama and coming-of-age tale align seamlessly and for the higher benefit of the film, while the doomsday motif and bleaker visual style attributed to Goethe´s poem and Romanticism nudge The Erlprince into the category of inventive coming-of-age family dramas.