Director Dimitrii Kalashnikov's documentary may make you think twice about renting a car in Eastern Europe. 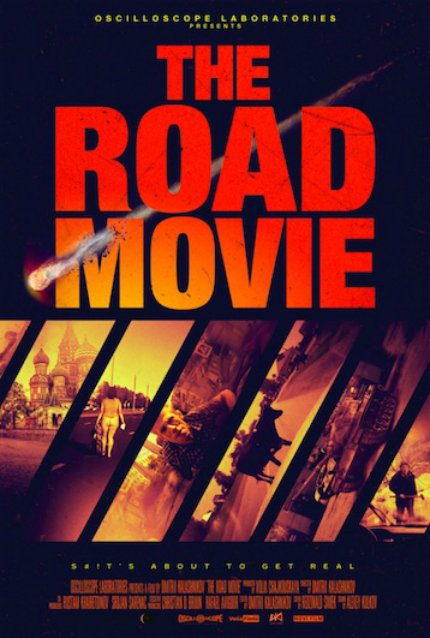 If you have spent any time lost in the YouTube wormhole, you have probably seen some of the crazy car accident footage that has been uploaded and archived by witnesses, usually from cheap cameras mounted at the front windshield of their cars. It might also surprise you that the vast majority of these clips come from Eastern Europe, mainly Russia. Why?

Director Dimitrii Kalashnikov opined at the Q&A of the film that trust is not a big thing in Russian public life, and more than half of Russian drivers have dash mounted cameras to avoid situations of other drivers lying about what happened, and also rampant police corruption.

The tagline for The Road Movie, a sumptuously curated and exquisitely edited collection of dash camera footage is "Everything can happen on Russian Roads," and for 67 white knuckle minutes, he more than makes the case that the Russian (and surrounding regions of Belarus, Serbia and Bosnia) sense of humour about such absurdity is a remarkable one. In spite of all the crazy ass driving, coldly observed in wide-angle static single takes (the nature of the medium) -- high speed roll-overs, road rage fist fights, head on collisions and several very likely fatal situations -- the Slavic sensibility towards all this adrenaline pumping madness, is that of casual nonchalance. Shock is one thing, this is something else entirely: a cultural touchstone.

We rarely see the passengers in the cars, but we hear their reactions, and we see other witnesses in other cars or pedestrians on the street. Take an incident where a five tonne dump-truck goes up on two wheels and capsizes over a city curb. All the while, a posh woman in a white parka sporting a designer purse takes notes of this incredibly vivid occurrence, but then casually crosses the intersection on the walk signal (two crossings) and goes on with her life.

In another clip, we hear two men question what is the cause of thunderous rumbling before we see a tank roll out from behind a building. The reaction is the equivalent to 'you have got to be shitting me...is it ours?' When the see the tank is in fact rolling up to the public carwash for a power-scrub, it is 'fuck this country.' Laid-back Russian pop music grooves in the background.

What sets The Road Movie from just a simple YouTube super-cut is that Kalashnikov has a sense of timing, and a bigger story than just action and mayhem (although there is plenty of both). He has a way of trimming the found footage to precisely calibrated lengths and in effect, to have a conversation with the audience.

Each 'single take scenario' has a set-up, an incident, and a resolution, but the way they are assembled (like a good album) set a rhythm that keeps the audience on their toes, seek and searching around the frame at the beginning, will this be a fist fight story or a spectacular car crash? Just when you have a handle on things, he will hit you with a rapid montage, a flurry of stuff, and transition to a wedding gone wrong, a mentally unstable person jumping on the hood of the car, or a litany of other 'stranger than fiction moments.' The often incongruous audio, be it song or conversation, sets its own comedic soundtrack.

While the assembly is not quite as ambitious or ambiguous as last year's other YouTube found footage psychology experiment, Fraud, it is far more hella-entertaining. Where else would you have up-close video of the massive meteorite that rocked Chelyabinsk in 2013 bumping up against a man pulling a sledge hammer out of his trunk to get another driver to move his car, or an epic boreal forest fire filmed from the inside?

I learned the wide variety of situations Russians can mould the word "BITCH" to suit, and that in spite of all the violence that happens on the byways of Russian life, the people have a no-fuss way to recover and move on, that is utterly at odds with the West. But I would certainly think twice about renting a car and hitting the open road in the world's largest country, at least not unless I was hoping to be in the sequel.

One final note, I am sure that the collective effect of The Road Movie is amplified by seeing it on the big screen, where one's eyes (and head) have to more actively scan the screen. Oscilloscope Pictures has picked up the 67 minute film, and hopefully will put it out in limited release. If you are not of the faint of heart, you had best seek this one out at a festival or moviehouse for the maximum experience.

Review originally published during HotDocs in April 2017. The film will open in select theaters on Friday, January 19, 2018.

More about The Road Movie