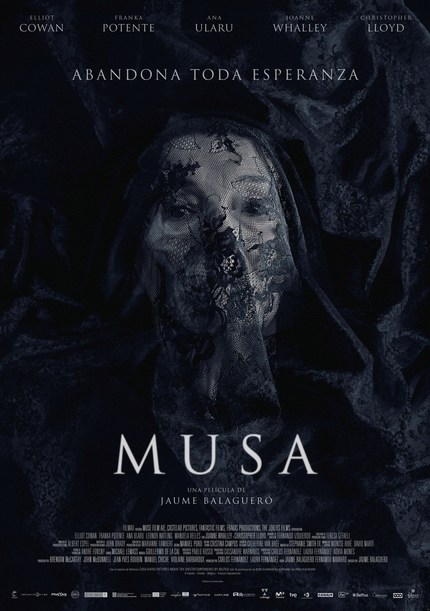 Most famous as one of the co-creators of the incredibly popular [REC] series, Balagueró seems to have set aside the blood and gore of that franchise in favour of a more classical, we'll say literary, approach.

This English trailer, which comes courtesy of Bloody Disgusting, shows the story of a professor of literature who suffers a recurring nightmare in which a woman is brutally murdered by a strange ritual. When the same woman is found dead in identical circumstances, he seeks to discover the identity of the mystery woman, plunging into a dark world ruled by the muses that inspired the poets of all time.

The film has already been released in Spain. There is no domestic release date here as of yet.

Be sure to read Guillem Rosset's review of Muse out of Sitges.