Director Jaume Balagueró takes a classical and atmospheric approach to his latest thriller, set in Ireland. 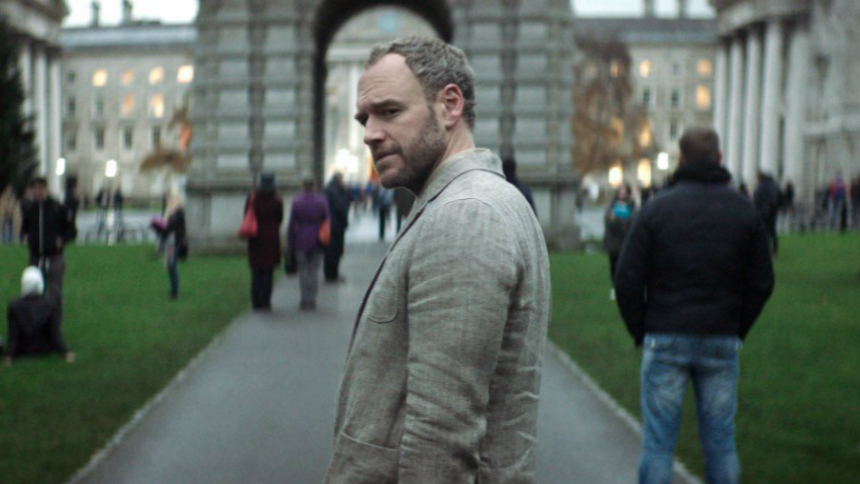 Jaume Balagueró is without a doubt one of Sitges' classic directors. Every new project of his is welcomed with a special interest by the festival's audiences, which probably still remember with excitement the screenings of the first chapter of his REC. saga.

And now, three years after bringing the zombie saga to a closure with REC4, Balagueró returns to Sitges once again to present Muse. The film is based on the novel The lady number thirteen, written by José Carlos Somoza and adapted for the screen by Fernando Navarro and Jaume Balagueró himself.

Meet Samuel Solomon (played by Elliot Cowan), a literature professor from Dublin who has a secret love affair with one of his students. But one day the tragedy comes crashing down on his life and his girlfriend dies. One year after, while still struggling to move forward with his life, he starts suffering from a recurring nightmare in which a woman is brutally murdered by some creepy female figures dressed in black.

Things take an even darker turn when he discovers on the local news that his nightmare has become true and starts investigating the incident with the help of a teacher friend from university. As he steps deeper and deeper into the mystery, he begins to learn about an old secret group of scholars who were convinced that maybe the mythical figure of the muses were not so mythical indeed, and what's worse, that maybe her intentions are way more darker than just helping poets to put together a bunch of beautiful words.

This time Balagueró moves away from the blood and gore spectacle of REC to a more classical and atmospheric approach, making good use of the Irish setting. That also means that he relies more on building the tension than on jump scares to deliver the horror.

But still, those moments are not that many and it's probably safe to say that at the movie feels more like a thriller than a proper horror film. The writing has some issues also. The circumstances that trigger the start of the story are never properly explained enough to make proper sense, and there are some scenes where the film resorts to having one of the characters going into suddenly detailed explanations to move the script forward.

In the original novel there were thirteen muses (thus its title), and even though the film scales down the number to seven, it's still difficult to properly understand each one's motivations and purpose. The movie feels like a good premise that doesn't end up reaching its full potential, maybe a consequence of having to cut down the original source to fit the film's needs.

Having said that, Muse is not a total disaster and still manages to be mildly entertaining without overextending its welcome. This is thanks to the solid performances, especially on the female front with the likes of Franka Potente, Ana Ularu and Joanne Whalley. Of course, it's also always a pleasure to see fan favourite Christopher Lloyd onscreen, even if it's in a small role.

It is probably safe to assume that the latest film from Jaume Balagueró won't be remembered by the Sitges' fans with the same affection as REC. Probably it won't be remembered at all by most of them after a couple days, specially keeping in mind the festival's crazy schedule. But still, it's also true that Muse delivers an entertaining, though somewhat hollow, way to spend a couple of hours watching the silver screen.

Do you feel this content is inappropriate or infringes upon your rights? Click here to report it, or see our DMCA policy.
Ana UlaruElliot CowanFranka PotenteIrelandJaume BalagueróLeonor WatlingSpain