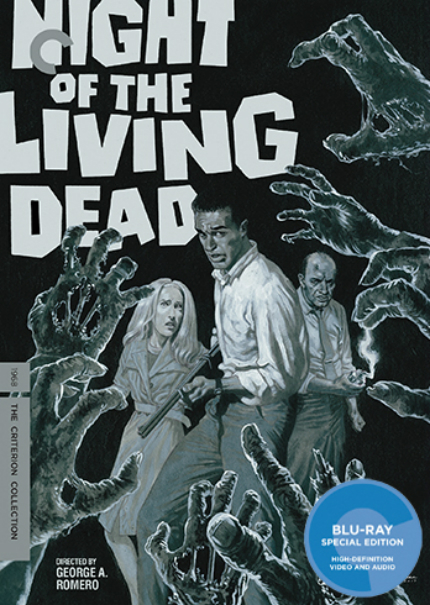 A fascinating lineup will be on tap from the Criterion Collection in February 2018.

Widely available in horribly-presented public domain versions for years, a new 4K restoration of George A. Romero's Night of the Living Dead will be rolled out, including "never-before-seen footage from the production," according to the official statement, along with "hordes of interviews and programs exploring the incredible story of the making of this trailblazing independent film."

I can't help proudly stating that I owned an original copy of Jonathan Demme's The Silence of the Lambs when Criterion first released the horror classic on DVD -- let's not talk about the awful moment I realized I'd lost it in a cross-country move -- so I am very happy to hear that the film is returning to the Collection. As you'd expect, it is the beneficiary of a new 4K restoration and will include the original audio commentary with Demme, Anthony Hopkins and Jodie Foster, as well as "extensive" supplements.

As to Louis Malle's tightly-wound Elevator to the Gallows, I saw it during a theatrical re-issue years ago; it's an outstanding thriller that will arrive on Blu-ray in a new 2K resotration.

Do you feel this content is inappropriate or infringes upon your rights? Click here to report it, or see our DMCA policy.
CriterionGeorge RomeroJonathan DemmeLouis Malle