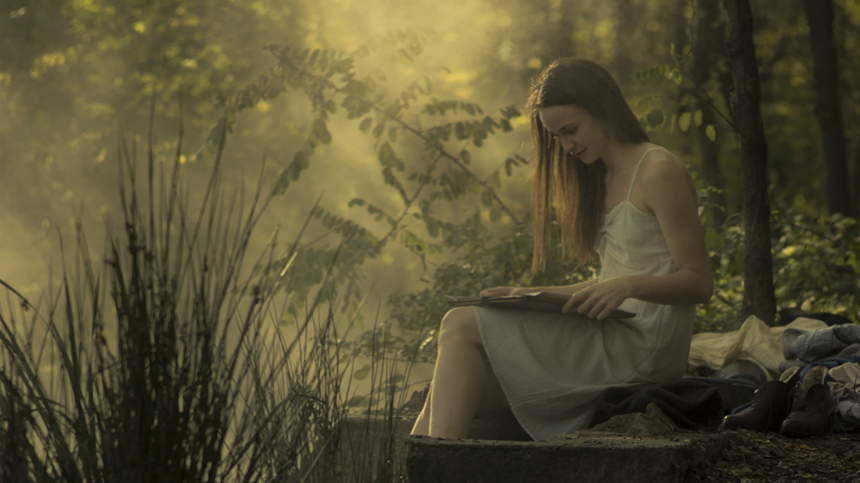 Hungarian veteran director Márta Mészáros, having 64 credits in feature, television, short and documentary films through her career spanning six decades, tackles a familiar topic in her latest, Aurora Borealis. It's familiar, at least, to viewers in close touch with Central and Eastern European cinema.

Aurora Borealis interweaves two parallel storylines complementing each other, albeit not unpooling in the same timeline. The narration shifts from an adult daughter Olga, a hard-working lawyer in Vienna, to her mother Maria as a young girl under the Soviet occupation, the present and past, and skeletons rattling in the family closet.

Mészáros employs a detective story template after the daughter discovers a tiny and mysterious hint not fitting into the official family history. The mother´s reluctance and suspicious change of topic every time the hint, a family secret, is brought up by the daughter drives Olga to retrace the mother's youth after World War II until stumbling on the mother's burden she kept withheld for several decades. Eventually, the whole family history and situation is re-written in a blink of an eye.

Aurora Borealis emerges from a collision of family drama and period drama, private annals wedged into the larger gear set of a particular chapter in the history of a nation. Most notably, the Czech cinema keeps churning out story bred in previous regimes and past, usually post-WWII, reviewing past either as a memento and an invocation of images from the cultural and national memory, occasionally veering toward veneration of fallen and silenced heroes or a little didacticism, a speck of moralizing.

Mészáros picks a little of the veneration of invisible heroes in the personal family storyline along an invocation of images from national past, repressed images as she brakes the social taboo revolving around Soviet soldiers and their impious behavior toward local women.

The sheer breadth of Mészáros experiences leading to the honed craftsmanship results in a family drama set against the historic backdrop following the rulebook. The director governs firmly the basic inventory of a controlled melodrama employed for the benefit of the plot, a confused heroine tested by fate and hostile circumstances yielding empathy instead of apathy, a small beacon of hope, an initial misunderstanding that eventually drives the audience engagement and investment in the story.

There's also a sliver of carefully timed relaxed passages for the protagonist and audience as well, proving that in distressing times, people need as little as a small jaunty company to forget about the ordeal, a split protagonist to enhance the internal struggle, a third act twist that does not turn cheesy thanks to calculated foreshadowing, plus the usual equipment of a period post-WWII drama with regard to local history, such as spotlighting the atrocities but not in an abrasive manner that would deter squeamish viewers.

The style and a set of conventions opted for the story mold Aurora Borealis as a generational story inherently equipped with a target audience: parents of millennials whose parents spent their youth in the shadow of WWII aftermath. The story and the storytelling conduct a potential for their emotional engagement whilst avoiding corny sentimentality.

Despite the seemingly neglecting the millennial generation, Márta Mészáros´ latest effort implicitly details the unbridgeable gap between current young generation and their grandparents via the youngest member of the cast, Olga´s son. One scene has him on his father´s yacht enjoying the waves and the comfort, a stark contrast to the juxtaposition of his grandmother´s suffering the oppression and the life under a constant fear.

Aurora Borealis takes history- and country-shap(k)ing events to tell a humanistic story of a survival in the bleak times, the personal tragedy and inner drama of the protagonist in the Sophie's Choice-like plight and a lifetime of guilt and doubt.