Mark Duplass stars in and Patrick Brice directs an unexpected sequel, this time with the addition of Desiree Akhaven. 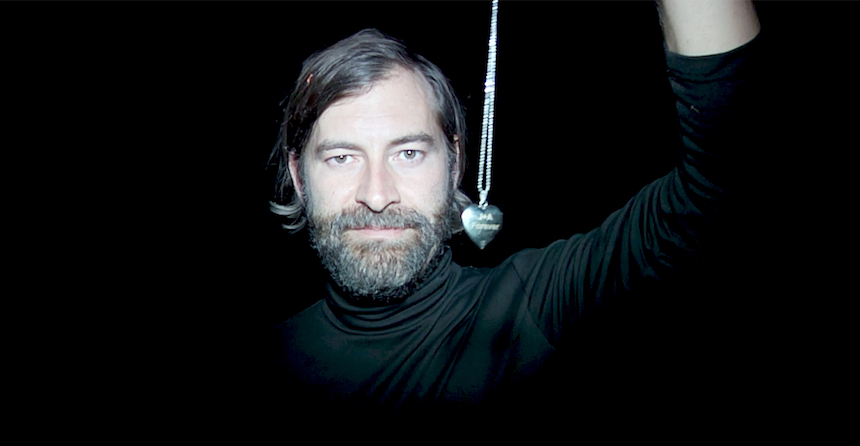 "It's like a job now," confesses cinema's goofiest serial killer, Josef. Mark Duplass returns to both the wolf-mask and uncomfortable sharing shenanigans that define his character's comedy.

He is trying to articulate the feeling that happens when the initial thrill of doing something you love turns into simple obligation. It is one of the ways in which director Patrick Brice addresses just how ludicrous a follow up to the original Creep would be, based on the fact that the audience, at this point, knows 'everything.'

The 2015 film (not to be confused with Chris Smith's 2004 London metro creature feature of the same name) relied almost entirely on the tension of whether or not the on-camera inside the film performance of a weirdo-narcissist-loner Josef was going to go all the way with his victim, an unsuspecting videographer who he hired for a day to shoot a 'cancer video diary,' as a ruse for violating personal space.

Creep cleverly savaged the tropes of the then-aging found footage film, a horror subgenre that was long in the tooth a couple of years ago, and is very much dead and buried at the moment. But the chief pleasure and surprise (to me anyway) was in Josef's touchy-feely desperation to be liked, even as he was playing transparent mind games with his hired 'victim,' and the viewer. In the poster-blurb friendly world: Duplass was a hoot. His onscreen mugging molded the film's conceit into pretentiously unpretentious entertainment.

Creep 2 begs the question of its audience, 'what would all the story-telling problems be if we did this again?' Brice and Duplass, simply write all of the potential issues right into the text and address them head on, while plunging into Josef's psyche which is currently at a point he describes as "Mid-Lifey." Framed from the point of view of what the audience already knows, the story dekes and glides through the expectations, familiarity and conventions of the first film to find a second layer of comedy.

This time, Josef lures a Youtuber, Sara (Desiree Akhaven), whose "Encounters" video channel showcases timid loners who place personal ads on Craigslist. She is unhappy with the results of her work (ok, lets be clear, the view count), mainly because she comes at her subjects from the position of power. She is willing to relinquish some of this control to up her game in terms of risk in the hopes that that translates into audience engagement.

The film, like its anti-hero, spends a fair amount of time on seducing us on this premise. That a young woman would place herself, knowingly ('knowing' is the mantra of Creep 2) in a position of danger for the sake of content. It is the film's Achilles Heel, perhaps, but no matter, the premise is that Sara is resourceful and tough, and confident (or scared) enough to be a good foil for Josef's self-centered performance art.

She calls him directly (perhaps even sardonically) on his bullshit, while feeding him on for her own production. As we all become content creators, there is this unspoken, rather ugly, concern that we have found new ways to use each other. This is a real issue today, and the perfect vehicle for dark comedy, although 'theme' is more of an aside than a raison d'etre.

This passive-aggressive 'over-sharing for content generation' dynamic escalates as both Sara and Josef feel out just how far the other is willing to go for the sake of their 'art.' The comic-tension here is not of when or how Josef will strike (or pop out for an easy goofball jumpscare), but how complicit Sara is willing to be - to go along to get along. To put it in the way of movie taglines: This time he has met his match! Brice adds a sprinkle of sexual tension and casual (male) nudity, and metro-masculinity in crisis, to the mix for shits and giggles. Make no mistake, this film, as its predecessor, is first and foremost about the shits and giggles.

Never overstaying its welcome, a laudable attribute these days, Creep 2 runs a brisk 75 minutes. It remains the quintessential Mark Duplass show insofar as his normal looking, character actor screen presence can be pushed in the contradictory directions of charming, pathetic and sinister all at the same time. He knows what the audience wants, and he manages to find a way to deliver that thing with a sort of weaponized pandering that never feels as such.

There is a showmanship familiar to the sleight of hand of a practiced up-close magician. The world is not asking for a Creep trilogy, but after enjoying what they manage do again, I would sheepishly come back for more with the obvious expectation that things never become an obligation.

Do you feel this content is inappropriate or infringes upon your rights? Click here to report it, or see our DMCA policy.
Found FootageMark DuplassPatrick Brice