Criterion Gets Nostalgic: THE BREAKFAST CLUB to Warm Hearts in January 2018 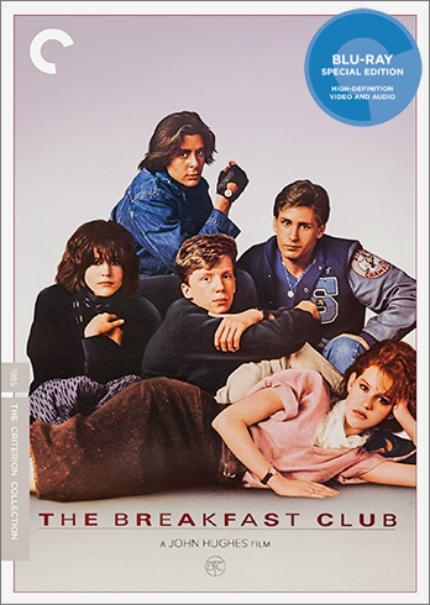 When it was released in February 1985, The Breakfast Club was very much 'of the moment,' capturing the zeitgeist of suburban American youth during the teenage years.

Coming off the modest success of his debut feature, Sixteen Candles, writer and director John Hughes was on a roll that hit a noxious bump with Weird Science and then soared again with Ferris Bueller's Day Off, before giving way to his masterpiece, Planes, Trains and Automobiles.

In the three decades since its release, however, The Breakfast Club has become a monument to nostalgia, as individuals who readily identify with one (or more) of the gleefully mawkish, stereotypical characters adapt it as their own and fondly recall their younger days while their children mock them mercilessly, even as they act out their own versions of the characters.

Now the film has been enshrined in the Criterion Collection, which will release it on Blu-ray in a new edition, including the following special features:

More information on the individual titles is available at the official Criterion site.

Do you feel this content is inappropriate or infringes upon your rights? Click here to report it, or see our DMCA policy.
CriterionGW PabstJohn FordJohn HughesKen LoachThe Criterion Collection

More about The Breakfast Club