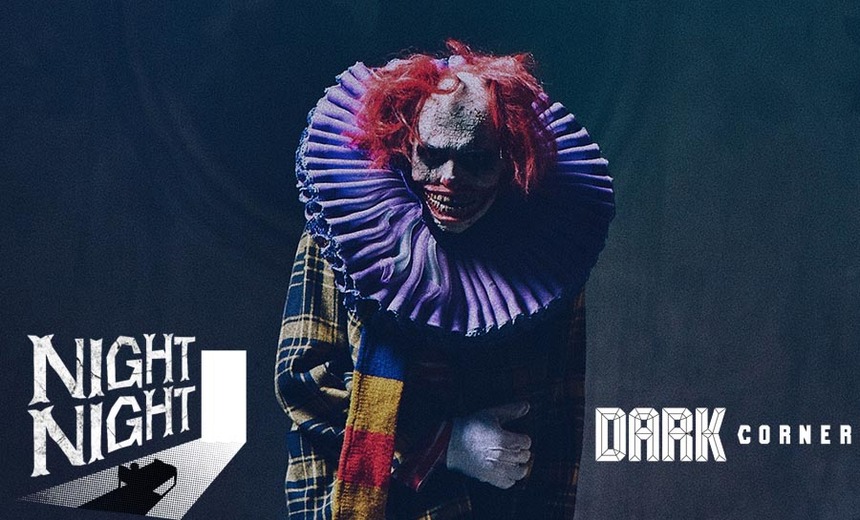 Anyone who has slipped into a VR headset can attest to the visceral nature of the medium and it doesn't take long to jump to the idea that this is going to be an incredible platform for horror. Leading the charge on that since 2015 (aka, the entire recent history of VR) is Guy Shelmerdine and his company Dark Corner. They created the landmark wheelchair-bound VR experience Catatonic and its coffin-dwelling follow-up Mule. Now Shelmerdine is back with his third VR experience, Night Night, set to world premiere tomorrow at NYFF.

But apparently one new horrifying VR experience isn't enough for Shelmerdine. Along with Night Night comes the launch of Dark Corner's own genre-specific VR platform, the first of its kind in the genre space. Here's more info from the press release:

"Dark Corner is the new destination for thrilling experiences helmed by some of the most innovative filmmakers working in VR today," said Shelmerdine "While most entertainment VR apps offer a mixed bag of content, our goal is to deliver a highly curated selection of exhilarating experiences to a specific audience that loves genre in all its forms."

With Night Night, which will be available on the app in mid-October, Shelmerdine unleashes his most gripping experience yet as a young boy discovers that lights-out means a closet full of demonic clowns and a world of terror beyond all imagination. Created and produced in partnership with MPC VR & Unit Sofa, Night Night was shot on Dark Corner's custom camera rig designed in collaboration with Radiant Images.

The Dark Corner app, built using Vusr by Secret Location, will be available for iOS, Android,Samsung GearVR, Google Daydream, and Oculus Rift, and will feature both free and paid content. Offerings will come from Dark Corner Studios as well as from filmmakers who gain the Dark Corner seal of approval for experiences of depth and quality that place them at the top of their field in the genre world.

"We don't claim to have all the answers about the future of VR, but we do know that people want to have their socks knocked off when they put on a headset," added Teal Greyhavens, Head of Content for Dark Corner. "Our model is about providing a consistent stream of cinematic experiences that emphasize storytelling and suspense, while remaining accessible and engaging for mainstream audiences."

You can find the Dark Corner app in the app store of your favorite VR platform where you can soon watch content from Shelmerdine along with other notable creators such as Justin Denton, Adam Cosco, Hugo Keijzer, and Philipp Maas & Dominik Stockhausen.