Fantastic Fest 2017 Review: DARKLAND, Vengeance Is Mine, Sayeth the Brother

Director Fenar Ahmad depicts an ominous world where violence is the only answer. 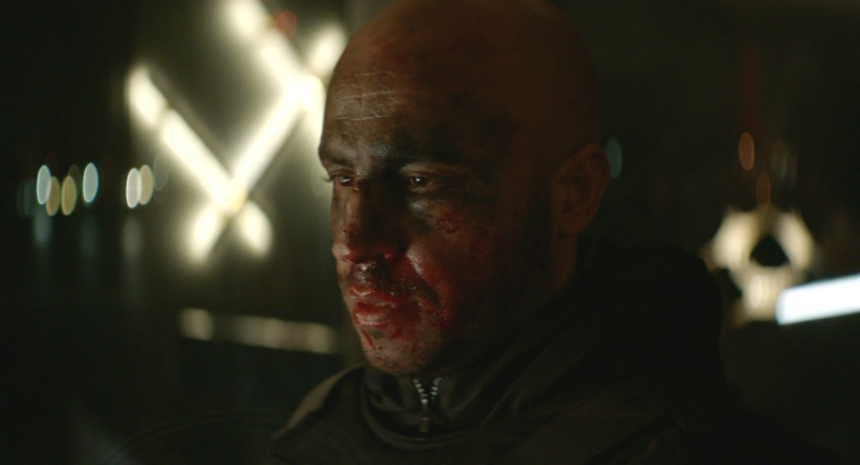 Vengeance lives in a far-away country until it comes home to roost in your brain.

A successful surgeon, Zaid (Dar Salim) is happily married to Stine (Stine Fischer Christensen), who is expecting their first child. They are celebrating her pregnancy with a few close friends when Zaid receives a phone call. He puts his cell phone back in his pocket and furrows his brow, thus laying the groundwork for the tragedy that is to come.

In Darkland (Underverden), director Fenar Ahmad and his co-writer Adam August explore what it means to be an immigrant and then to be confronted decades later with questions about identity, self-worth and assimilation. Zaid's parents brought him along when they emigrated from Iraq to Denmark, later having another son, Yasin (Anis Alobaidi).

Older brother Zaid is a picture-perfect example of the ideal immigrant story; he got a good education, attended medical school, became a surgeon, married a local, and now looks forward to expanding his family and securing his roots in Denmark.

Younger brother Yasin, however, is the disreputable flip side, to the deep disappointment of his parents and older brother. Yasin has become involved with organized crime, and isn't even good at that. He interrupts Zaid's celebratory dinner to beg for help 'one last time,' asking for a large sum of money to get him out of serious trouble.

Slightly drunk, supremely irritated, and clearly exhausted by Yasin's continued mistakes, Zaid refuses any more aid, sending Yasin off into the night ... and a fateful destiny with death.

Zaid is seized with ... something. Is it guilt for not doing more to help his brother? Or anger that his life has been disrupted by forces beyond his control?

Whatever it is, it's not insignificant, and it propels him into a series of actions that grow increasingly unhinged and unwise and ultimately very, very hurtful to the people who are around him. It's never quite clear if even Zaid knows what it is, precisely, that is driving him forward, relentlessly, on such a brutal, merciless, and selfish road.

Ultimately, this weakens the cumulative force of the film, which pauses occasionally to allow a little light of humanity to shine on the characters before the clouds of anger and bitterness return. Zaid rushes ahead toward an uncertain future, a very different man than he must have been for much of his life, when he was always pushing forward to achieve something better for himself.

Now blinded by forces he could not anticipate and cannot comprehend, Zaid is enveloped fully by the dark side of his personality and, not to be blithe about it, the dark side of life. Director Ahmad hails from Czechoslovakia and one can imagine that he has personal experience -- or great research and imagination -- that informs the criminal side of the argument for Semion (Ali Sivandi), who, like Zaid, traces his roots back to Iraq.

An arrogant, hateful, altogether detestable person, Semion justifies his actions by claiming that he is caring for his fellow immigrants and for his neighbors through charitable contributions, while Zaid and his kind have been busy 'pretending' to be European and concentrating on their own upward mobility.

The script is smart enough to put those cogent points in the mouth of a wicked criminal, while leaving Zaid speechless in response -- because it's true. He has ignored his roots, stopped supporting his parents, and spurned his brother. It's all true, yet Zaid is convinced that he chose correctly.

Or is he? By his actions, he proves that he can't live with any doubts that linger, and he must silence those doubts by taking vengeance against all who voice them. Thus, we have Darkland, which is even more disturbing than it may appear at first.

Do you feel this content is inappropriate or infringes upon your rights? Click here to report it, or see our DMCA policy.
Dar SalimDenmarkFantastic Fest 2017Fenar Ahmad