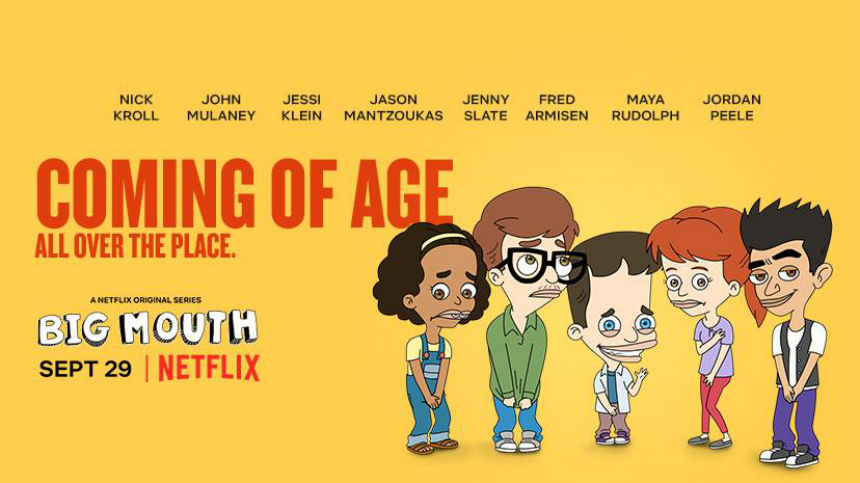 For all those worried that streaming services just don't have enough animated series filled with profanity and graphic images of puberty, Big Mouth will shortly arrive to meet that need.

In the words of the hard-working publicists at Netflix ...

Big Mouth is a 10-episode, half-hour edgy adult animated comedy from real-life best friends Nick Kroll and Andrew Goldberg about the glorious nightmare that is teenaged puberty. Comedian John Mulaney lends his voice to the character of Andrew, while Kroll (who serves as co-creator, executive producer) voices many, including best friend Nick. Maya Rudolph, Jason Mantzoukas, Jordan Peele, Fred Armisen, Jenny Slate and Jessi Klein are among those who lend their voice to the series.

The trailer below is very much NSFW (not safe for work). I am of an age when I can barely recall my own puberty, which was shrouded in mystery and anxiety, but those who are closer to that age may be able to relate best to the material, rather than running from the room in horror.

Big Mouth will debut on September 29.