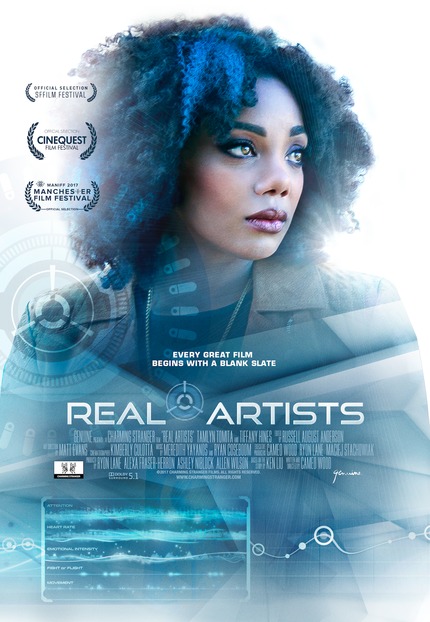 Director Cameo Wood had a very busy weekend, traveling from Indiana to California to accept TWO awards for her film, “Real Artists.”

Director Cameo Wood has studied artificial intelligence and neuroscience at Simon's Rock College of Bard and Duke University, participating in the first “Original Imitation Game” (aka Turing Test) as seen in Wired.

Set in an unsettling tomorrow, "Real Artists" is the new sci-fi short film from award-winning director/screenwriter Cameo Wood (Dukha in Summer) and based on the short story by Hugo, Nebula, and World Fantasy-winning author Ken Liu (The Grace of Kings).

In addition to pushing boundaries by exploring technological issues that are about to radically change the film industry, "Real Artists" was produced with a cast & crew that consisted of 75% women, and 50% people of color.

Do you feel this content is inappropriate or infringes upon your rights? Click here to report it, or see our DMCA policy.
cameo woodhollyshortstamlyn tomitatiffany hines