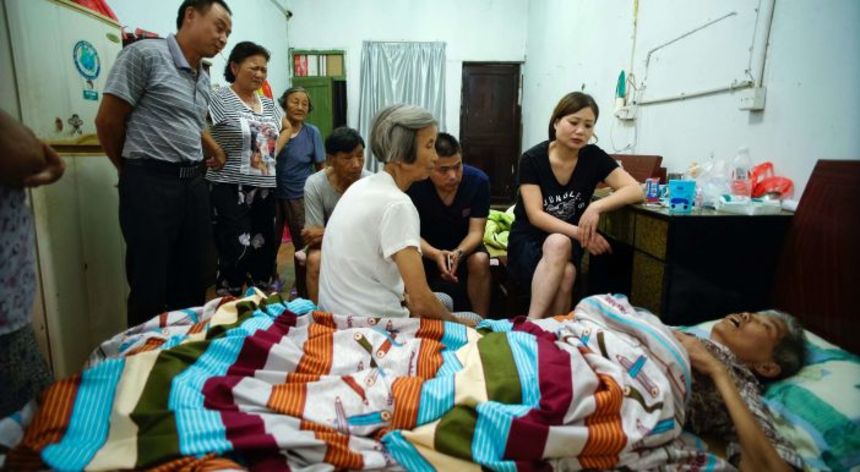 The 70th edition of the international film festival in Locarno, a true arthouse smorgasbord, has handed out this year's accolades.

The top honor, the Golden Leopard, was awarded to Chinese filmmaker Wang Bing, surprisingly, for Mrs. Fang. The documentary captures the last days of an Alzheimer´s patient. It's not an easy watch, with long shots centered on the titular 67-year- old woman, although Bing, first and foremost, demonstrates a humane approach to his subject.

Juliana Rojas and Marco Dutra shared the Special Jury Prize for their effort Good Manners, a lycanthropic fairy-tale for adults meshed with a coming-of-age story. The cinematographer, writer, and singer F.J. Ossang took home the Best Direction prize for the noir drama 9 Fingers.

Isabelle Huppert added another statue for Best Actress to her display box for her portrayal of Madame Hyde in the eagerly awaited female re-invention of the notorious story from Serge Bozon. The best male performance was attributed to Elliot Crosset Hove for his depiction of an alienating protagonist yearning for affection in Hlynur Pálmasson's drama Winter Brothers.

The main honor in the Filmmakers of the Present competition went to Bulgaria as the director Ilian Metev took the accolade for a family drama Three Quarters, which observes a father and his two children attempting to work as a family unit. Valerie Massadian received a Special Jury Prize for the exquisitely-framed drama Milla.

Kim Dae-Hwan received the Prize for the Best Emerging Director for the drama The First Lap, about a young couple and their encounters with their respective families. (Read our review by Pierce Conran.)

Two films shared the Special Mention award, docudrama Distant Constellation, where the camera wanders through a retirement home, capturing rituals and hearing past lives of its inhabitants, and Pedro Cabeleira´s Damned Summer, revolving around an aimless youth partying and slacking in Lisbon.

No less interesting are the winners in first feature category, Ana Urushadze´s unlikely portrait of a feminist, Scary Mother, won the prize for the Best First Feature while docu-fiction hybrid with an urgent political message Meteors, by Gurcan Keltek, received the Swatch Art Peace Hotel Award.

Young Swiss filmmaker Cyril Schäublin received a Special Mention prize for a snapshot from a capitalist reality Those Who Are Fine, marked by a rather unconventional approach to cinematography and framing. The audience also got its vote and picked Kumail Nanjiani's almost biopic The Big Sick, directed by Michael Showalter, as the laureate of the Prix du Public UBS.

More about The First Lap