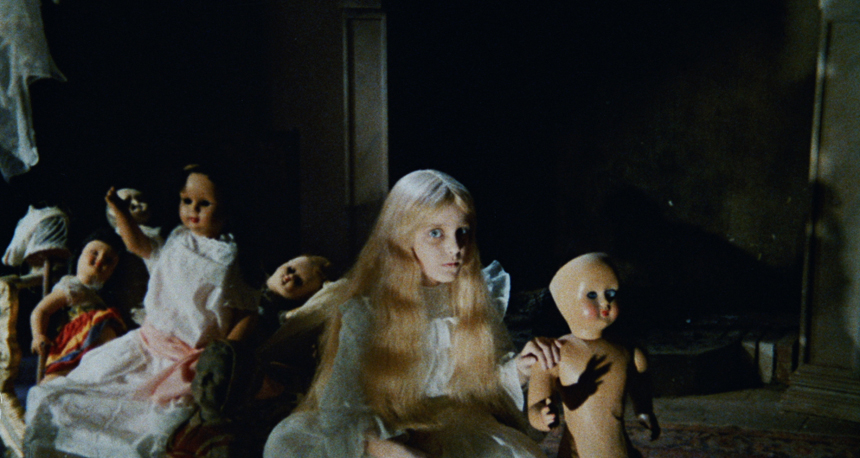 But the main draw here is the world premiere and full theatrical run of the 2K restored (courtesy of Kino Lorber) Kill, Baby...Kill!, a gothic masterwork that influenced Fellini, Lynch, Argento, del Toro, J-horror and countless others.

A young woman in a medieval-looking Transylvanian village runs up to the ruins in fear. She, as if in a trance, throws herself onto the iron fence and impales herself to death. So begins this hallucinatory ghost story.

Eswai (Giacomo Rossi Stewart), a young, impossibly coiffed doctor is called in to perform the autopsy with the help of a fetching blonde, Monica (Erika Blanc). He discovers a coin shoved in the victim's heart. The superstitious townsfolk, it turns out, in order to ease the evil spirit, placed the coins themselves in all the dead who met their untimely demise. 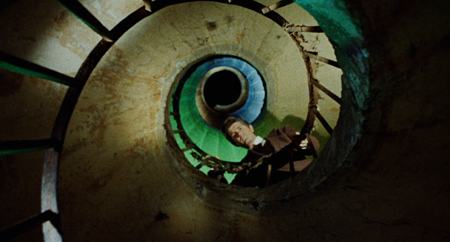 Eswai soon finds that most of the townspeople are not only unwilling to cooperate, but afraid of a spirit of a dead child named Melissa, who was accidentally trampled to death by a horse carriage.

Preceded by an iconic red ball bouncing down the stairs and rolling down the corridors, Melissa, the blonde child ghost, marks you for death. Then you are gripped by an uncontrollable urge to kill yourself, usually with sharp, piercing objects.

As the dead bodies pile up, in order to fight the supernatural, Eswai, the man of science, must resort to the help of a beautiful sorceress named Ruth (Fabienne Dali).

Spiral staircases, cobwebs, a labyrinthine, Escherian mansion, and outdoor swing POV shots all mix in with a hint of Bava's psychosexual thrillers to come. Kill, Baby...Kill! is a true masterpiece from the father of both gialli and slasher films.

More than anything, the film is first and foremost an audacious technical marvel. Bava's ingenious, agressive camera work is fully on display, as well as his amazing mise-en-scene, both interior and exterior. His background as a special effects technician and cinematographer serves him well here with deep focus, crazy zoom-in crane shots and claustrophobic sets.

I remember seeing the film in a murky VHS version. The restored version is just beautiful to look at: colors pop, film grains are visible in the shadows and blemishes on the negatives are all but cleaned up. The restoration makes the film truly the most gorgeous and elegant among all of Bava's films.

Mondo Bava, Mario Bava's retrospective at Quad Cinema, will showcase 21 of his films, including Black Sunday, Bay of Blood, Lisa and the Devil, Planet of Vampires, Danger: Diabolik, Blood and Black Lace, along with his foray into Westerns, sword and sandal epics and sex comedies, many of them on 35mm prints imported from Italy for the occasion.

The 2K restored version of Kill, Baby...Kill has a world premiere on Friday, July 7 at Quad Cinema and Mondo Bava, a near complete retrospective, continues through July 23.