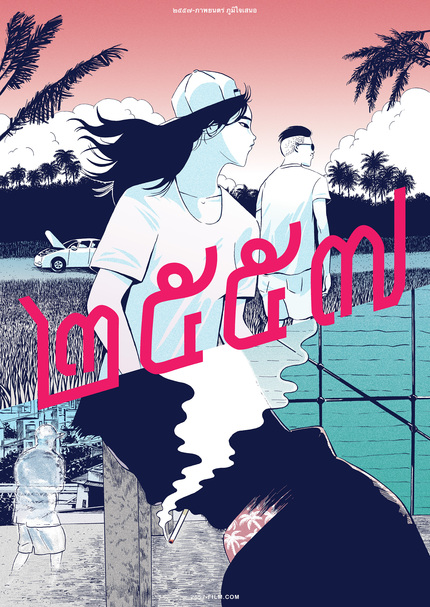 German helmer Roderick Warich is fresh from the premiere of his arthouse thriller 2557 at Argentina's BAFICI festival and based on a quartet of clips released from the film this looks to be an intriguing film for fans of mid-era Pen-Ek Ratanaruang and the following Thai indie wave. Here's a translation of the festival's description:

Robbery, nightclubs and love triangles define the turbulent life of Salisa, a twenty-year-old Thai girl who must flee to the dusty plains of Isaan because of a coup.

The idea of ​​Bangkok as a port of arrival and repository for drifting Westerners has been underpinned for decades by urban tales and legends, and also by the imagination of creators of all kinds. The German filmmaker Roderick Warich takes this stereotype and his strong aesthetic baggage as a starting point, and then demolishes meticulously: he leaves us in return a formally overwhelming film that begins as a sort of Jules & Jim made up by the reflection of a thousand neons, And finally transforms into a thriller of heavy atmosphere in which two inexpressive German Golem crash in mute against the local mafia. In the background, the city populated with luminous alleys which, citing Vázquez Montalbán, "tourists are attracted like flies in search of groin honey."

No 'groin honey' in the clips but there's plenty to like. Check them out below!