Streaming Reviews: I LOVE DICK, Season 1; MASTER OF NONE, Season 2

Kathryn Hahn, Kevin Bacon and Griffin Dunne star in Amazon's I LOVE DICK, while Aziz Ansari returns in Netflix's MASTER OF NONE. 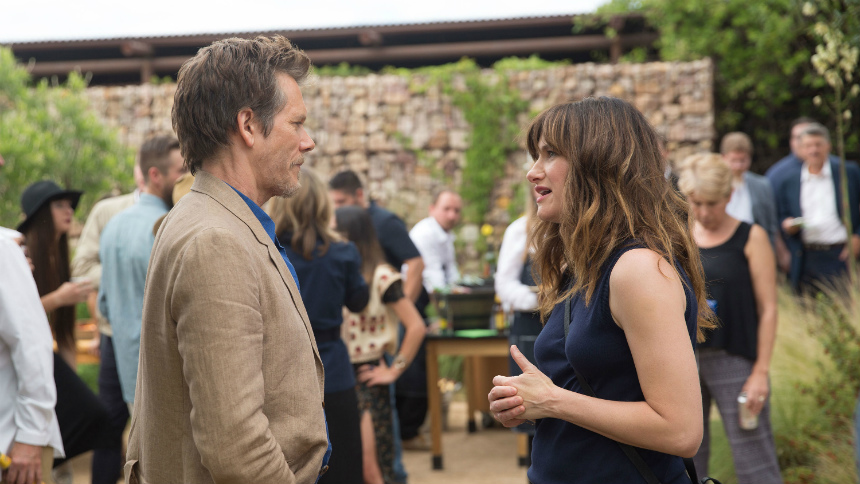 Over the weekend, two notable series made their full-season debuts on competing streaming services. Each confounds, to a degree, assumptions I'd made about the relative strengths (and weaknesses) of those services. Both are definitely worth sampling.

A prickly, confrontational affair , I Love Dick presented its first 8-episode season on Amazon Prime. I watched the pilot episode when it aired last year, but found it off-putting and uninviting.

Of course, being male and middle-aged, I'm not part of the target audience, and so perhaps I was responding more as a grouchy, out-of-it man. Also, I spent a few days in Marfa, Texas, about nine years ago, and felt like it didn't represent my brief experience in the small town.

After watching all eight episodes, however, I realized that I Love Dick is less about reality, or any approximation thereof, and more about personal obsessions. It follows Chris (Kathryn Hahn), who accompanies her husband Sylvere (Griffin Dunne) from New York City to West Texas, where he has received a fellowship to research a book on the Holocaust.

Intending to leave immediately after the trip to present her short subject at a film festival in Venice, Chris is dismayed to learn that the festival has pulled it because of a cease and desist order from a music group. (She insisted on using the music in spite of already receiving a C&D.) Rather than pursue the matter instantly, as any filmmaker I've met would do, Chris drops it like a hot potato because she has developed an instant crush on the titular Dick (Kevin Bacon), an uber-macho artist who disdains her.

That's the essence of the first, or pilot, episode. From there, it expands outward to explore a bit of Marfa native Devon (Roberta Colindrez), fellow fellowship recipient Toby (India Menuez), Dick's stymied institute head Paul (Lily Mojekwu) and others. The focus, however, most often remains on Chris, benefiting from a marvelous performance by Kathryn Hahn, who inhabits her character's dawning realization that she doesn't really know what she's meant to do with her life.

Based on a book by Chris Kraus that mixed fiction and memoir, the series was created by Jill Soloway and Sarah Gubbins. They moved the setting to Marfa and drew inspiration from Donald Judd, an artist whose foundation helped the town to become known as a haven for modern art and artists.

For me, with my prejudices and limitations noted above, I Love Dick is more a thought-provoking show that seeks to be illuminating. I'd suggest sampling a couple of episodes to see if it resonates on your wavelength before committing to a full season. 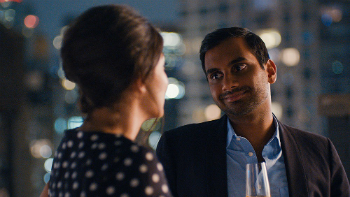 Master of None, created by Aziz Ansari and Alan Yang, returned with its second season on Netflix, a service that appears intent on appealing to everyone throughout the world by producing as many shows as possible, each aimed at a slightly different, algorithm-driven niche audience. Ansari stars as Dev Shah, an actor in New York who experienced various trials and tribulations in his personal and professional life during the first season, which ended with his move to Italy to learn how to make pasta.

As the new season begins, three months have passed and, once again, he is facing a turning point in his life. He is in his 30s and feels like he should have certain things nailed down, like his profession and his relationship status. Both remain in flux as he rather reluctantly returns to New York, having decided not to pursue a career in the culinary arts.

He quickly stumbles into a hosting gig on a food show, which grants him a minimum of financial stability for the moment, if not creative fulfillment. Still yearning for a romantic partner, he resumes the dating prowl, a seemingly endless, forever frustrating quest for a possible match. A platonic friend from Italy arrives for a visit; she and Dev spend a lot of time together, but she has a longtime boyfriend, so how could that ever work out?

The show soars high when it subverts expectations. Episode 4, "First Date," expertly captures the daunting, sometimes deadening repetition of its titular subject, as all the dates mash into one. Episode 6, "New York, I Love You" whirls around a welcome international variety of voices as previously unseen characters share the hopes and dreams and everyday reality of living in a giant metropolis.

Episode 8, "Thanksgiving," lifts above all others by focusing on Denise, Dev's childhood friend, and her relationship with her family over the years. No spoilers, but it's truly exceptional and features a lovely turn by Angela Basset as Denise's mother.

Even when it falls closer to earth, as when it treads more familiar relationship ground, its acute, refined sense of humor (and sense of place) marks Master of None as an above-average viewing experience. It's the kind of streaming show that is a pleasure to binge, since there's more than enough variety in the subjects and methods to keep it all feeling fresh.

Do you feel this content is inappropriate or infringes upon your rights? Click here to report it, or see our DMCA policy.
Alan YangAmazonAziz AnsariGriffin DunneJill SolowayKathryn HahnKevin BaconNetflixSarah Gubbins