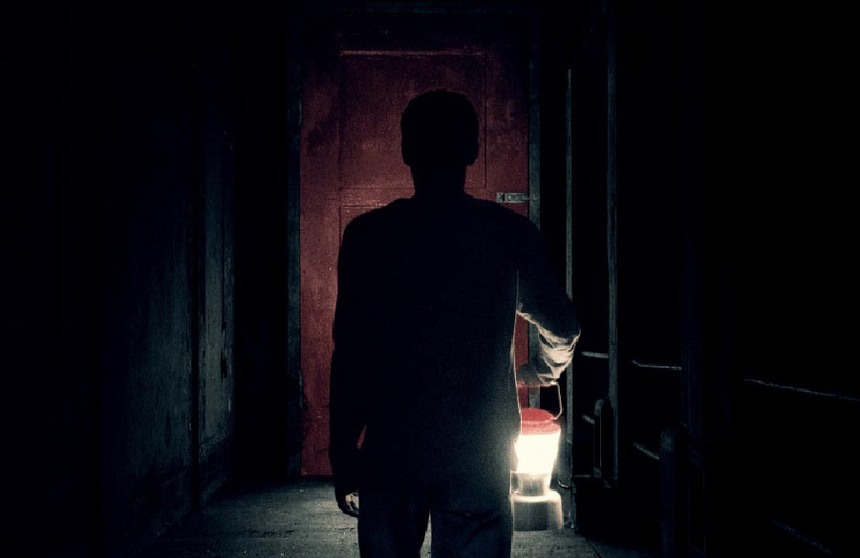 One of the biggest successes of this weekend's uber-successful inaugural Overlook Film Fest was the surprise closing night film It Comes at Night. Not only is it director Trey Edward Shults's hotly anticipated horror follow-up to the much-loved Krisha, but it turns out it's also one hell of a great flick as well. Hot on the heels of its world premiere, A24 has released the full length official trailer (below) so everyone can see just how much they have to look forward to when the film hits theaters on June 9.

Set in a mysterious post-apocalyptic near future, It Comes At Night stars Joel Edgerton as a man who will do quite anything to help his family survive. This is put to the test when Christopher Abbott shows up at his forest home looking for help for his own wife (Riley Keough) and child. Shults showed his director chops working with non-professional actors in Krisha and the talent absolutely transfers to the pros as everyone in the small cast (which also includes Carmen Ejogo and Kelvin Harrison Jr.) are excellent. But it's Shults's pension for tension and down-right terror that makes It Comes at Night such a success and signals the arrival of one of the most promising genre directors of his young generation.

This is the kind of film that rewards the viewer for coming in without too much knowledge, but we'll be sure to have plenty more before the release for those of you who just can't resist!

Do you feel this content is inappropriate or infringes upon your rights? Click here to report it, or see our DMCA policy.
Joel EdgertonOverlookOverlook 2017Overlook Film FestivalRiley KeoughTrey Edward Shults

More about It Comes at Night