Last Vegas: how to shoot a post-apocalyptic action film on a shoestring budget 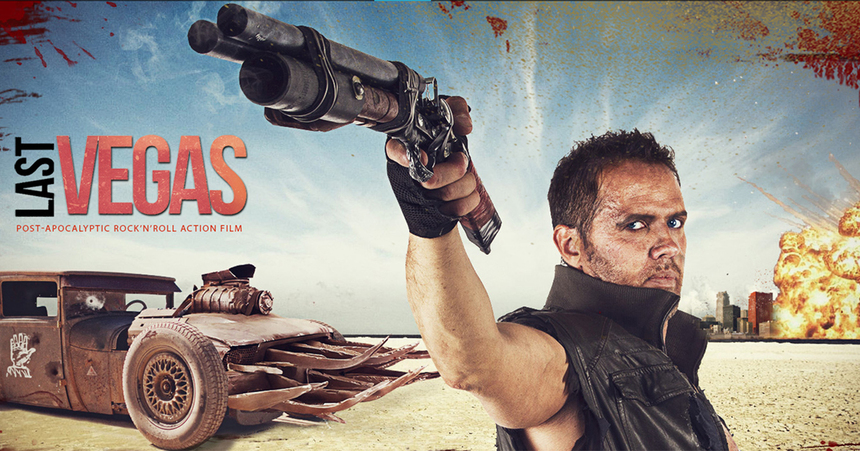 In the world where the Soviet Union won the nuclear war, the music has become the only virtue. Rock’n’roll musician Cash and his fellow Wanderer travel to the final citadel of civilization — Last Vegas — where they hope to overthrow usurper king Jackson. And only Saint Elvis knows how many dangers await them along their way to the city...

The story of LAST VEGAS started back in 2016 at Fidel Pictures studio which was formed by the Moscow fans of post-apocalyptic fiction. Director and screenwriter Dmitry Korniyenko wrote a “Six-string samurai”-inspired screenplay. A heartwarming letter from the father of the original movie, Lance Mungia, played an important role in the film’s fate. He wrote:

I'm impressed with the imagination and hard work behind Last Vegas. The dedication to bringing this project to life says a great deal about its potential, as well as the potential behind the camera. I believe Dmitry, the talented filmmaker behind this project has the raw imagination and style to put his own unique spin on the future of cinema and with proper support and additional funding he can become the most imaginative cinema artist out of Russia since Tarkovsky.

Last Vegas has all the guitar strap, sword swingin, Rockin Rollin coolness potential that any great Russian action film should have. Please support this inventive project and filmmaker.

Faithful to the spirit of the six-string universe, the crew recreated the Mojave desert in Moscow’s suburbs. One quarry, few abandoned factories and a nuclear bunker altogether formed the phantasmagoric landscape of Last Vegas. More than sixty suits, a monstrous vehicle "Nautilus” and even the dystopian village were designed and produced by the crew and the members of post-apocalyptic club “After Us”.

Rock’n’roll madness requires a diverse soundtrack. Eight bands provided their songs for the film. And yes, one of them is a legendary Russian-American surf band “Red Elvises”, which is responsible for the soundtrack of "Six-string samurai".

The project was financed by the film crew and Russian fans of "Six-string Samurai". Principal cinematography was wrapped in the summer of 2016, and LAST VEGAS is currently in post-production, aiming for the summer release. Meanwhile the team has launched an Indiegogo crowdfunding campaign for visual effects, sound design, translation and color correction.