Cannes 2017 Dispatch: A Strong Year for the Sidebars

The main attraction at what might be the world's most bifurcated film festival is certainly the Palme d'Or competition. But there is always a film or two that finds a fair amount of buzz out of one of the primary sidebars of Directors' Fortnight or Critics' Week (both misnomers, by the way, as the sidebars run 10 day and 9 days respectively). Last year's Critics' Week gave us Raw and the 2015 edition of Directors' Fortnight featured the premiere of Green Room. But typically it's one or two movies max that garner the kind of attention usually reserved for the big competition titles.

That trend does not seem to be holding true in 2017 where quite a few films from the two main sidebars have already received a great deal of buzz, one entry from America even being called the best film at the fest by a few journalists. 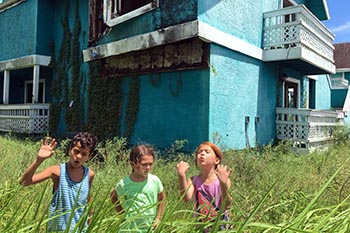 The film receiving that high praise is Sean Baker's The Florida Project which is playing in Directors' Fortnight. While this is Baker's sixth film, it's his first since exploding onto the world stage with the Sundance 2015-premiering Tangerine which went on to play just about every other film festival aside from Cannes and was nominated for four Indie Spirit awards, taking home the Best Supporting Actress prize for Mya Taylor's transgender sex worker role. All that is to say that there was already a fair amount of buzz around this notable follow-up before its Monday premiere and the fact that it was one of the very few American indies to hit the festival without distribution in place didn't help with the throngs of buyers, journalists, and film fans trying to get into a screening room much smaller than those reserved for the competition films.

Those who were lucky enough to get a seat were treated to a truly beautiful film. Baker turns his attention from L.A.'s seedy Sunset Blvd to Orlando's run down motels that serve as residences for that city's destitute. The Florida Project is told through the eyes of a six-year-old girl played incredibly by Brooklynn Prince and therefore carries with it the magic of a childhood summer where every corner hides some enchanted discovery. Baker's genius is in the nuance he instills in his characters. Willem Defoe plays a motel manager who is at the same time strict, protective, annoyed, gentle, rough, and comedic. In lesser hands, this character's flaws would be heightened and values diminished, only so that a final act reversal would show his growth. But he is so much more in the hands of these talented dramatists and this character, much like the movie, is sure to stick with you long after the credits roll. 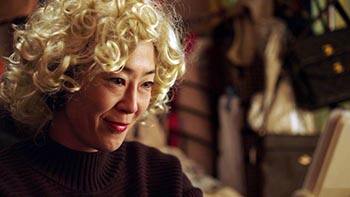 Another strong sidebar entry, this time coming from Critics' Week, is Atsuko Hirayanagi's Oh Lucy! Based on a short of the same name (that like Tangerine, also played at Sundance in 2015), the feature is a touching tale of a middle-aged Japanese woman (Shinobu Terajima) who has a wild adventure chasing her English teacher crush (Josh Hartnett) to California. While the film totally delivers on the promise of that raucous sounding pitch, Hirayanagi offers so much more in the subtleties of small character moments, even when there are very unsubtle (and totally fun) plot developments playing out. 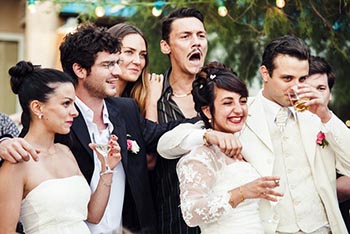 It's pretty rare for more than one movie to get many mentions out of the very small Critics' Week sidebar, but three other movies, Ava, Sicilian Ghost Story, and A Violent Life (pictured) have each received a fair amount of buzz. Ava is a story of a 13-year-old girl going blind that has made headlines for both its under-age nudity (it's French), and its innovative use of visual techniques to imply her visual impairment. Many people seem to be fans of Fabio Grassadonia and Antonio Piazza's Sicilian Ghost Story, a fairy tale-esqe story of a girl searching the woods after her childhood love goes missing. And splitting the difference between Sicily and France, A Violent Life is a sprawling tale of early 20th century corruption on Corsica that should be applauded for scope and action but perhaps gets a bit too convoluted to follow exactly which characters you're supposed to be rooting for.

Back in Directors' Fortnight, one final movie that seems to have been a big hit is Chloé Zhao's The Rider. Like her first film Songs My Brother Taught Me, this sophomore effort from Zhao takes place in the American plains. It tells the story of a rodeo rider who is confronted with the end of his career after he suffers a brutal injury. There is much more in Shelagh's rave review, but she sums it up beautifully by saying, " The Rider confirms Zhao as one of the great new American directors, looking at the lives of people too often ignored in cinema, and in a way too often not attempted."

Do you feel this content is inappropriate or infringes upon your rights? Click here to report it, or see our DMCA policy.
CannesCannes 2017Festival DispatchesSean Bakerwillem dafoe

More about The Florida Project