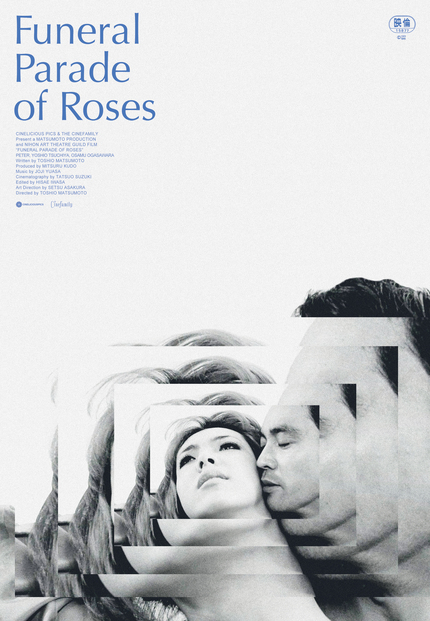 Just two weeks ago on April 12th, legendary Japanese director Matsumoto Toshio passed away, leaving behind a legacy of transgressive cinema whose relevance grows as years pass, in particular his experimental gem, Funeral Parade of Roses.

Los Angeles-based film distribution and restoration specialists Cinelicious Pics (Gangs of Wasseypur, Private Property, Belladonna of Sadness) are preparing to premiere their brand new 4K restoration of Matsumoto's masterpiece, Funeral Parade of Roses, on June 2nd along with partner group, the Cinefamily theater in Los Angeles and in New York They have been working on the film for a while, and Matsumoto was able to see and sign off on what is sure to be a glorious restoration before his passing.

Funeral Parade of Roses was a challenging and genre defying film when it released back in 1969. A loose adaptation of Sophocles' Oedipus Rex set in the gay subculture of Tokyo, the film foreshadowed the challenges of gays and transgendered people for decades to come.

Cinelicious Pics previous restoration projects, long-lost noir Private Property and psychosexual animated headfuck Belladonna of Sadness, were both among the finest theatrical experiences I had in 2015-2016, so there's plenty of reason to get excited about Funeral Parade of Roses now. We have been given an exclusive look at the brand new artwork created by Dylan Haley, who has been responsible for most of Cinelicious fantastic key art for posters and home video releases. It is gorgeous and reflects the fractured, experimental emotional and visual nature of the film quite well.

Audiences in New York and Los Angeles will get their first chance to see the film on June 2nd. To get a better look at the new poster, check out the larger image in the gallery below. Trust me, it's worth it. 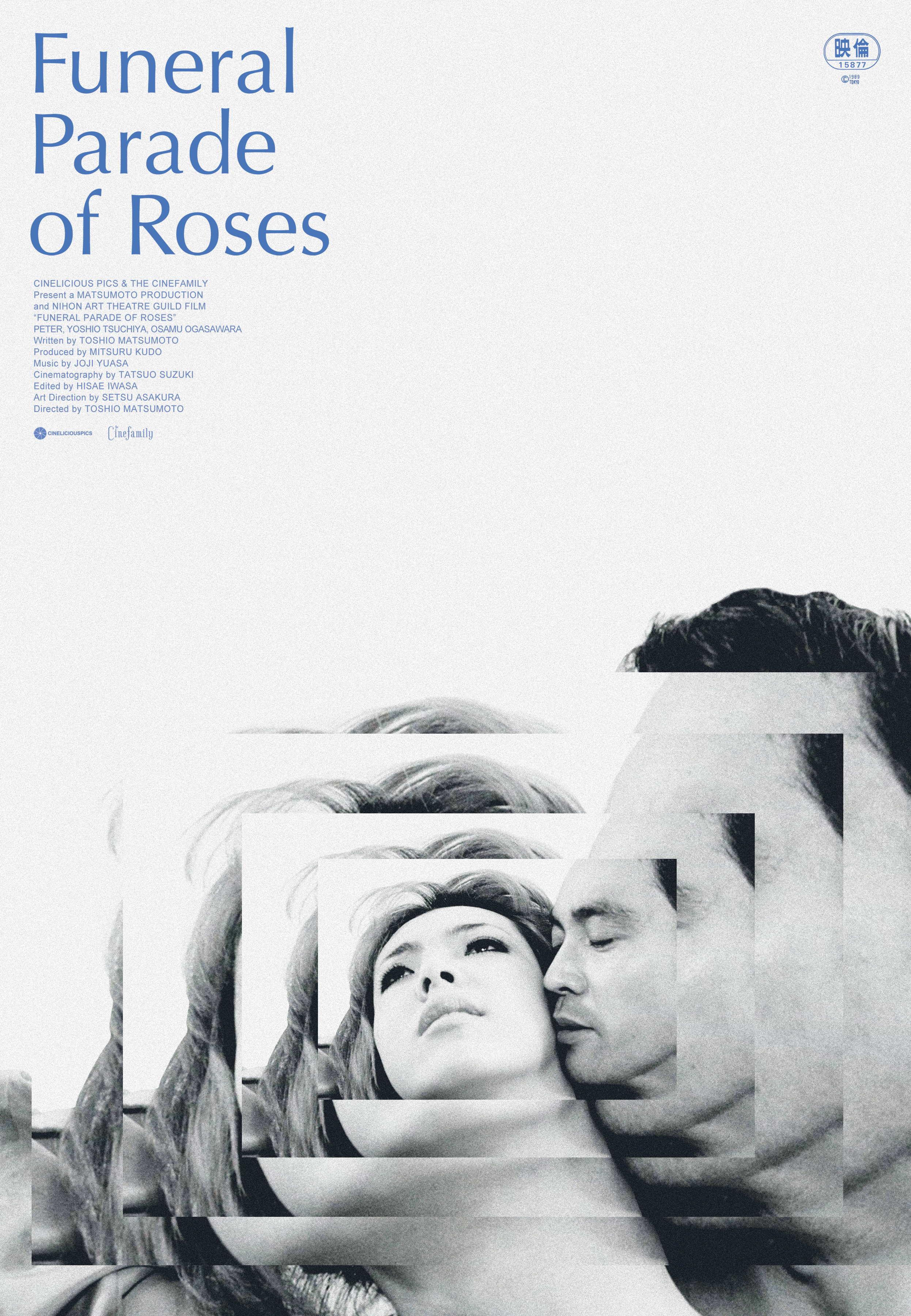 More about Funeral Parade of Roses