Matsumoto Toshio directed one of the most important, gut-wrenching Japanese films of all time. 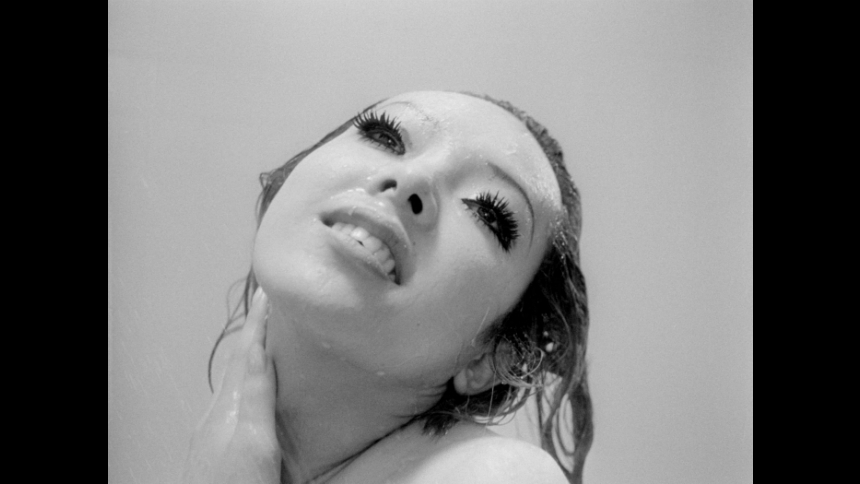 Cinelicious Pics did it last year with their restoration of Belladonna of Sadness, and this time they do it again with a needed restoration of what is still among the most important works of transgressive Japanese cinema of that time, Funeral Parade of Roses.

The film was directed by Matsumoto Toshio, who would go on to make a career out of experimental films with a narrative edge added. (He died recently in April.) This 4K restoration not only revises the image and sound quality, but it also provides a better look at the vertigo-inducing editing of certain segments, which provide a more substantial look into the mindset of the characters portrayed on screen.

The film constantly shifts in the way in which it must be seen, so providing a synopsis is killing half of the surprise of what the film contains. Still, I'll try.

The film follows a transvestite named Eddie who works at a clandestine gay bar, entertaining the clients, all this while building a relationship with a much older man. Eddie also fears the rage of the Madame, an older transvestite who's in charge of the club and might be jealous of Eddie's beauty and how she's attracting the man that s/he was falling for.

But the movie is also about the culture of gay bars in Japan in the 1960's, about the "gay-boys," as they call themselves, and about the making of the film itself. We see interviews with transvestites from the street and also the actors, who talk about their interest in making this film, as well as its importance.

It's a film that constantly brings attention to itself; it shouts about the discrimination and the problems that transvestites and transexuals have gone through since forever, predicting many of the protests and progressive thinking that would take them into consideration while the rest of society didn't. The film needs to be loud, because they are repressed, the film needs to be blatant and violent, because it needs to shock, it needs to go beyond the labels; it needs that because nothing like it existed before. It's a statement, a political film that calls for a revolution of the mind.

Funeral Parade of Roses is among the most important, gut-wrenching Japanese films of all time, it deserves to be seen on a big screen, specially to notice how much things have changed and how a lot of it hasn't. It's Pride Month, everyone, go see this movie.

The film is now playing in select theaters in New York, San Francisco and Toronto and will be opening wider in the coming days. For more specific information about screenings and more, visit the Cinelicious site.

More about Funeral Parade of Roses