It's been an excellent year for documentaries already in 2017 with such incredible films as Icarus, An Inconvenient Sequel, Nobody Speak, and Trophy all premiering at Sundance (those last two playing SXSW as well). There have been several new great documentaries joining the conversation here at SXSW as well. It seems it could be a bumper year for docs.

For James Bond fans, On Her Majesty's Secret Service has long been a favorite of many. But the story of one-and-done 007 actor George Lazenby might not be too familiar. Becoming Bond, Josh Greenbaum's follow-up to the excellent The Short Game, aims to correct that -- but in a far more entertaining way than you might expect. The spine of the film is an interview with the septuagenarian Lazenby who speaks straight to camera with a very subtle Australian accent. But as his yarn unravels, from the intimate details of his teenage sex life to the salacious details of his adult sex life, the scenes are "reenacted" in hilariously stylized fashion by a great cast of actors led by Josh Lawson, Jeff Garlin, and others. It's a wonderful technique pulled off perfectly by a director quickly becoming someone to watch. 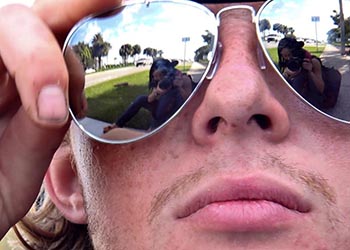 Someone who made quite a few of those "directors to watch" lists after her debut feature Hooligan Sparrow is Nanfu Wang. Her latest, I Am Another You is another fascinating slice of humanity. The film, which she started shooting before Hooligan Sparrow, is the story of a young street kid in Florida. Wang spent a few weeks with him, ostensibly to learn about the freedoms of a life outside the bounds of normal society. But the story turns into so much more from there, leaving the audience with poignant snapshot of 21st Century America and the challenges our society faces.

Stepping back to an important cultural moment in 20th Century America, G-Funk looks to capitalize on the recent success of Straight Outta Compton by telling the next chapter in the gangsta rap saga, though in a more traditional documentary fashion. Young director Karam Gill frames the rise of G-Funk through interviews with its most notable purveyors: Snoop Dogg, Warren G, Kurupt, Daz, and other SoCal rap legends. Though he plays a crucial role in the story, Dr. Dre is notably absent from the talking head parade. Some light reenactments are used as well, mostly to good stylized effect. It's an impressive debut for Gill and must watch for any fans of the music who will finally get to learn the full story about the Voltron crew and their baby blue van. 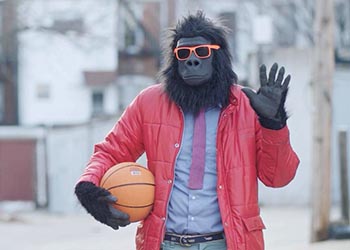 Outside of the nonfiction spectrum, Kentucker Audley and Albert Birney's Sylvio deserves a mention for it's wonderful wackiness. This feature adaptation of a series of Vine videos, the film follows an everyday Baltimore resident who just happens to be a gorilla. Unhappy and not particularly successful in his job as a debt collector, Sylvio spends his free time making cathartic puppet show videos. But when a chance to finally show his work on a local TV show goes wrong, Sylvio finds himself an unlikely media darling for a form of expression completely antithetical to his chosen method. It's a hilarious and touching examination of our search for fulfilment and one of those weird little movies that is worth seeking out.

Another dramatic feature worth checking out is M.F.A., written by Leah McKendrick and directed by Natalia Leite. Peter already covered this nicely in his recent dispatch, but it's worth noting again for its strong script and great performances all around, especially by the uber-creepy Peter Vack who is really all over SXSW 2017. Aside from starring in this film, he also stars in the short Whiskey Fist, the feature Dara Ju, and the film Assholes which he also wrote and directed and for which he won SXSW's inaugural Adam Yauch Hörnblowér Award. 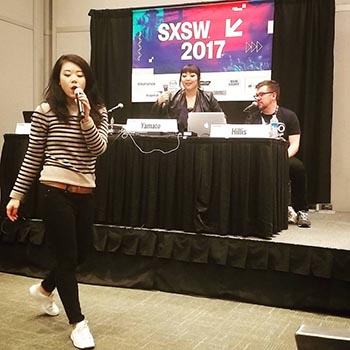 Movies aren't the only thing happening at SXSW by a long shot. The conference part of the massive event is always an interesting distraction if you can break yourself away from the movies. This year's conference included excellent chats with Senator Cory Booker, Jill Soloway, Bob Odenkirk, and Nick Offerman. But the most raucous session was surely IndieGoGo's "Why is Everyone Doing Karaoke at Film Festivals?" Led by IndieGoGo's Aaron Hillis, the session featured a relatively serious discussion of the topic interspersed by live karaoke performances by Emily Lu Aldrich (Lady Gaga's "Bad Romance"), Jen Yamato (Miley Cyrus's "Wrecking Ball"), Michael Lerman (Bone Thugs N Harmony's "The Crossroads"), Tom Hall (Nelly's "Hot in Here"), Hillis (Brittney Spears's "Toxic"), and a surprise dual-song appearance by actor/comedian Brett Gelman (Notorious B.I.G.'s "Juicy" and a Springsteen classic). It was quintessential SXSW mayhem and a true joy for anyone lucky enough to attend.