Two movies made by women, one starring Stephanie Beatriz and the other starring Francesca Eastwood, take dramatically different approaches. 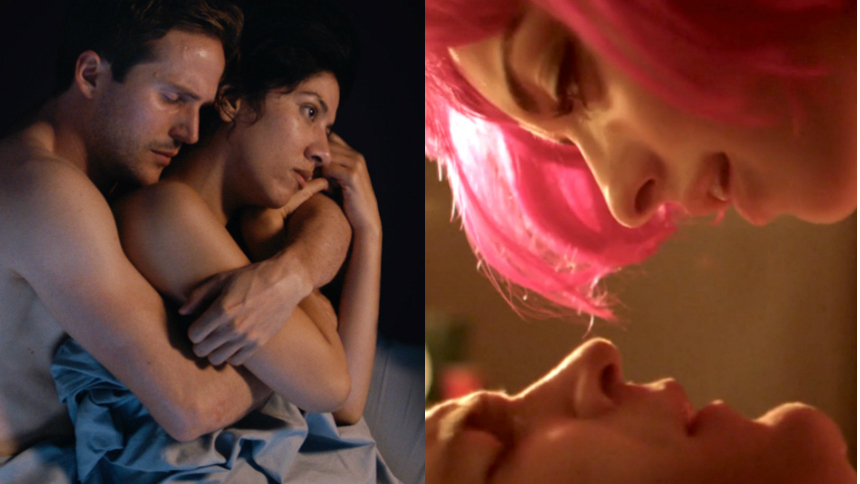 Male filmmakers have been exploiting the violent rape of women on screen for decades. How do female filmmakers deal with the subject?

The Light of the Moon, written and directed by Jessica M. Thompson, and M.F.A., written by Leah McKendrick and directed by Natalia Leite, take dramatically different approaches. Both films left me with a lot to unpack and ponder and absorb, especially since I happened to see them back to back at SXSW yesterday afternoon.

In The Light of the Moon, Bonnie (Stephanie Beatriz) is introduced as an office worker in Brooklyn, happy and normal and hard-working, with good workmates who are also good friends and a live-in boyfriend. She is a project lead at her company and everything is going great.

That night, her boyfriend must work, and so Bonnie goes out for drinks with her two friends. At the end of the night, Bonnie, slightly tipsy, declines the offer of a taxi and instead decides to walk the few blocks home, alone, as she has before, slipping on her headphones for company. Then a hooded stranger grabs her from behind, drags her into an alley, and violently rapes her.

In M.F.A., Noelle (Francesca Eastwood) is introduced as an art student in college, happy and normal and hard-working, with fellow students who are also friends, especially Skye (Leah McKendrick), who is also her very supportive next-door neighbor.

One night, she attends a small party, where she meets up with Luke (Peter Vack), a fellow student who invited her. They spend time together talking, and get along well enough that Noelle goes with him upstairs to his room. Once the door is closed, they start making out, but very quickly Luke turns aggressive and then nasty, violently raping her.

The reactions of the two leading characters could hardly be more different, reflecting their individual personalities and circumstances.

Bonnie, shaken, manages to get home and preserve what evidence she can of what happened. Her boyfriend Matt (Michael Stahl-David) arrives home shortly thereafter and soon they are en route to a hospital and then making a police report.

Noelle, shaken, manages to get home and tries to wash away what happened, then curls up on her bed. Her friend Skye visits and senses something is wrong. When Noelle eventually tells her what happened, Skye advises silence, based on the university's abhorrent history of mistreating victims of sexual assault.

Bonnie longs to resume her life as it was before she was raped. She declines to tell anyone else (beyond Matt) about the rape, leaving the impression that the bruises on her face and other telltale signs of assault were entirely due to being mugged. Matt struggles to be supportive, becoming overprotective and smothering in Bonnie's eyes. Their relationship is pushed onto thin ice.

Noelle, who is younger and still figuring out her artistic identity, lacks even the possibility of a support system, so she too turns inward before channeling her anger into taking concrete action against rapists.

The Light of the Moon is presented in an utterly compelling, straightforward, and incredibly intense manner. (My body started to thrum from the pressure.) There is no relief; even when Bonnie tries to make light of certain things, no one else knows how to respond with respect, so they remain silent.

Often the camera remains still, watching the very strong Bonnie as she starts to crumble, dealing with challenges she never could have anticipated. Stephanie Beatriz, best known nowadays for her role on TV sitcom Brooklyn Nine Nine, gives a complicated, shattering performance.

M.F.A. goes in a different direction and more closely resembles a genre thriller, especially because of the way that Noelle responds. It's not any less valid a reaction, but by comparison, it feels more familiar, less disturbing at a cellular level.

The colors are vibrant and the action is coherent and vibrant. Francesca Eastwood gives a stirring, sterling performance, transforming from a wallflower into a dynamic powerhouse. Leah McKendrick is supportive as her "best friend," a character with more depth than might be initially assumed.

All things considered, both movies are more than deserving of greater attention on their own, individual merits. Aside from their subject matter, both share an intuitive grip on the viewer's emotions that is difficult to shake.

The Light of the Moon and M.F.A. both enjoyed their world premiere at SXSW. For more information, visit their respective festival pages.

Do you feel this content is inappropriate or infringes upon your rights? Click here to report it, or see our DMCA policy.
Francesca EastwoodJessica M. ThompsonLeah McKendrickNatalia LeiteStephanie Beatriz

More about The Light of the Moon