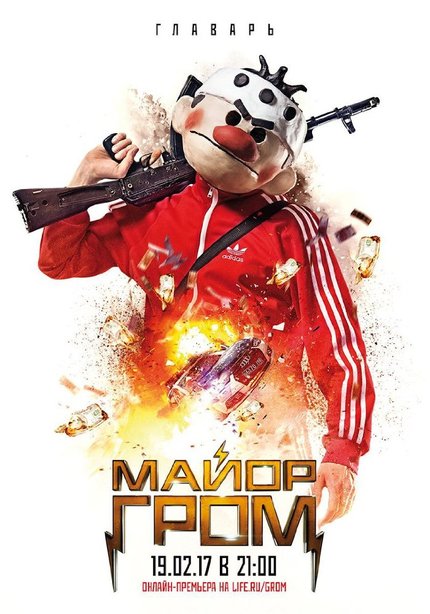 Russia's Bubble Comics have made a bold move into film with their first production, a 30 minute film based on their popular character, Major Grom.

Directed by Vladimir Besedin with a budget of more than $1 million USD, the film premiered on Bubble Comics' YouTube channel and has already been viewed more than four million times.

The short's plot is simple: Major Irgor Grom stumbles upon a band robbery and attempts t to save hostages and arrest three bandits dressed up as characters from the popular Soviet cartoon, "Puck! Puck!".

For years Russia has been doubling down on producing big budget genre and comic book films to compete with American imports. Timur Bekmambetov has led the charge with adaptation like Black Lightning while recently The Guardians has been getting a lot of love for it's gonzo approach.

Watch the full film below and be sure to hit the English subs!

Do you feel this content is inappropriate or infringes upon your rights? Click here to report it, or see our DMCA policy.
bubble stdioscomic bookmajor gromRussia