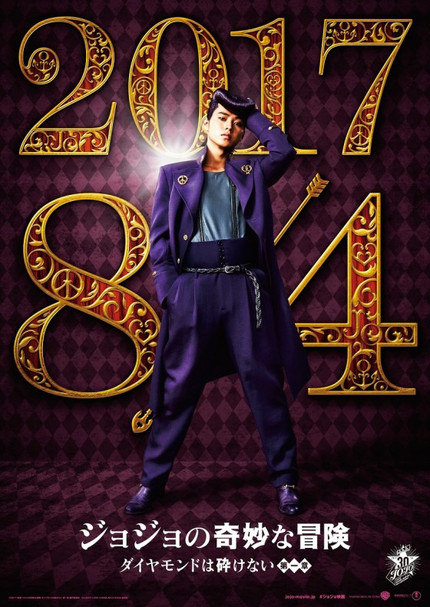 Miike Takashi seems to have become the go-to director for glossy live action adaptations of popular (and weird) manga and anime series in recent years with his most recent effort on these lines being the feature adaptation of Jojo's Bizarre Adventure.

The generations-spanning manga and anime revolve around supernaturally charged characters - blessed with a variety of abilities known as Stands - battling against evil. Miike's film is based on the fourth stoary arc of the manga (Diamond Is Unbreakable), which met with the displeasure of The Boy who is an enormous fan of the series but not this arc.

Where will this one fall in the recent run of Miike films? The first teaser is here to give a taste and while it is mostly a cycle of imagery that will provoke responses from existing fans while meaning little to others who don't already know the source material the production values certainly look strong. And, yes, festival travelers ... that opening cityscape is indeed Sitges, home to the largest and oldest genre film festival in the world.