The SCARFACE Remake: Coen Brothers to Work The Script, And Which Directors Are Frontrunners? 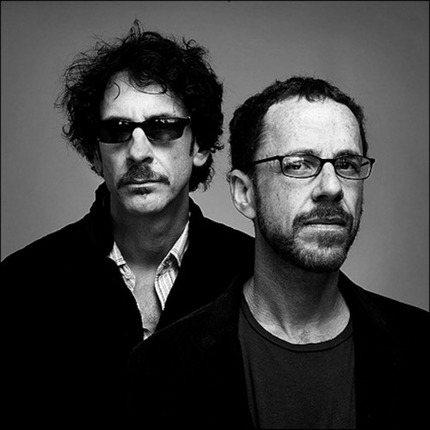 A couple bits of news have come out today about Universal's go at a reboot of Oliver Stone and Brian De Palma's 1983 film, Scarface. The plan is to move the setting of the story from Miami to Los Angeles and make the rising drug king Mexican instead of Cuban. The studio plans to release this version in August of 2018.

The Wrap is reporting that Joen and Ethan Coen have been brought on board to polish the script that was written by Boardwalk Empire's Terence Winter. The Coen Brothers obviously have a long and lengthy history of crime cinema under their belts over the years. I do not believe we should look for the same level of absurdity as their personal work suggests as this is strictly a writers-for-hire scenario.

And THR is reporting that frontrunners to take the director's chair are Peter Berg (Deepwater Horizon and Patriots Day) and Hell or High Water's David Mackenzie. Antoine Fuqua was originally hired to take on the reboot but left last week to focus on the sequel to his 2014 film The Equalizer. Mackenzie's stock in Hollywood has sky-rocketed since his Hell or High Water became the massive sleeper hit that it is. According to that report at THR Mackenzie had tried once to get the Scarface gig but they passed over him then. 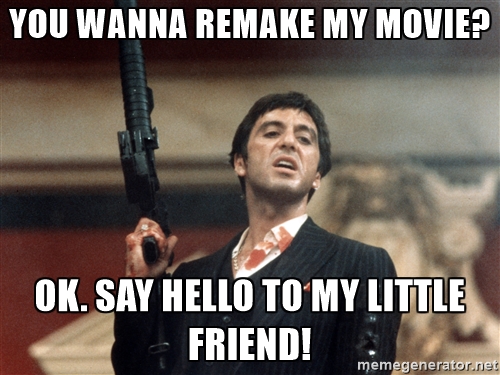 Do you feel this content is inappropriate or infringes upon your rights? Click here to report it, or see our DMCA policy.
Joel and Ethan CohenPeter BergScarface