Review: KEDI Will Paw Your Sorrows Away

Directed by Ceyda Torun, KEDI works as a purrfect antidote for all the ugliness going on in the world. 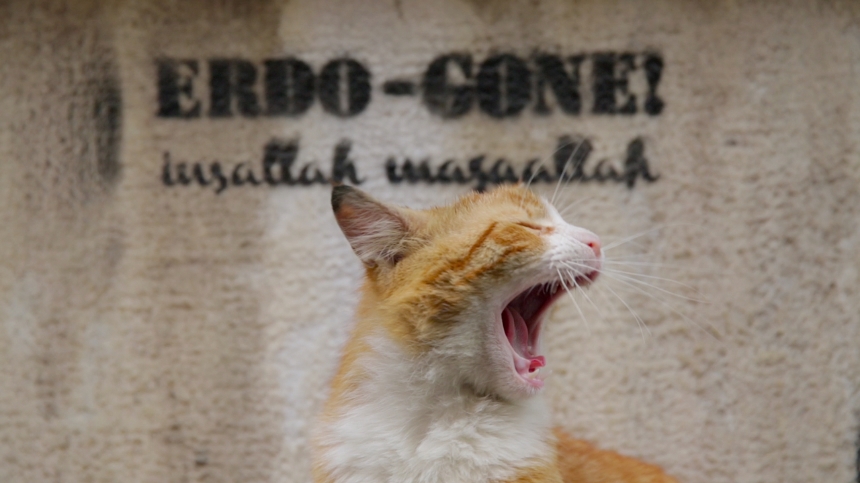 Long before the internet made cats everyone's favorite animal, the cat love has been going on for thousands of years in the city of Istanbul, Turkey. In the sprawling metropolitan city of 20 million people, hundreds of thousands of street cats co-exist, vying for every inch of its ever expanding territory.

Director Ceyda Torun and her cinematographer Charlie Wuppermann capture some of these beautiful, eccentric feline creatures and people who love them in the stunningly picturesque city.

Kedi starts out with a yellow tabby as she makes the daily rounds in the bustling neighborhood. She meows at humans at outdoor cafes for food. It seems she has her route all mapped out. She brings a piece of pastry in her mouth all the way across town for her four kittens. 'She's got character,' her human caregiver tells us. As the film concentrates on a handful of cats with their stories told by their human counterparts, we get the distinct feeling that many Istanbulites have accepted that cats are just as human and full of distinctive characters as they are.

Everywhere the camera points, we see cats: they are on the rooftops, building ledges, steps, cars, boats, tombstones, in the streets, basements, outdoor markets, cafes, restaurants... It's a city that seems to be completely devoid of animal pounds.The city can be easily renamed Catstanbul.

There is Gamsiz, a short haired black-and-white badass who forever seems to be in trouble. 'He was a mess, getting into fights with other cats every time,' his baker carer tells the filmmaker. 'Doesn't it get expensive?' Torun asks him off-camera. He tells her that everybody in the city has a running tab with the vets.

Then there is the neighborhood psychopath, a female cat who is very territorial and very good at stealing fish from fishmongers. She also prefers heavy petting. 'She likes it rough', her carer says at the outdoor tea house, massaging her as she lounges on a chair.

There is an aristocat named The Gentleman, an overweight smokey who appeared at a fancy restaurant one day and never left. He doesn't like to be petted nor wants to come in and beg for food, but when he gets hungry, he paws at the window.

Many humans in the film says it was the cats who saved their lives. When they were down and life seemed hopless, caring for them gave them peace and worked as the best kind of therapy. 'No drugs would cure me, but the cats did,' one carer recalls.

The general sentiment of the film is that if you don't love animals, you don't love people. The voice over in the beginning goes, 'Unlike dogs, cats know god exists. Dogs think we are god, but cats know we are just a middleman. ... If all the cats disappear one day, Istanbul will lose its soul too.'

Istanbul is a great mix of ancient culture and cosmopolitan living. Torun slightly makes a socio-political statement with the opposing shots of iconic mosques and their towering minarets by the sea and new modern skyscrapers. People in many gentrifying neighborhoods worry about not themselves, but the fate of thousands of cats who will be losing their green territories to the glass and concrete. There are stenciled graffittis against highly unpopular president Recep Tayyip Edogan- 'Erdo-gone!' in the background.

With the camera constanlty on the cat's eye level, the filmmakers follow the creatures through labyrinthine back streets. With some beautiful shallow depth photography and spectacular drone shots of the city, Kedi is a love song to Istanbul and its cats.

Just like watching cat videos on Youtube when you are feeling down, Kedi works as a purrfect antidote for all the ugliness going on in the world.

Oscilloscope Laboratories will release Kedi on February 10 in New York at the Metrograph and on February 17 in Los Angeles at the Royal. National expansion will follow.

Dustin Chang is a freelance writer. His musings and opinons on everything cinema and beyond can be found at www.dustinchang.com