This Oscar weekend's offerings include:

At BAM Rose Cinemas, the continuation of the series "The Art of the Social Thriller," curated by Jordan Peele (half of the brilliant sketch duo Key & Peele), of films that inspired his feature directorial debut Get Out, which opens today;

The Museum of Modern Art wraps up "Doc Fortnight 2017," their eclectic and essential survey of some of the best work in nonfiction filmmaking being made today.

More details are in the gallery below. 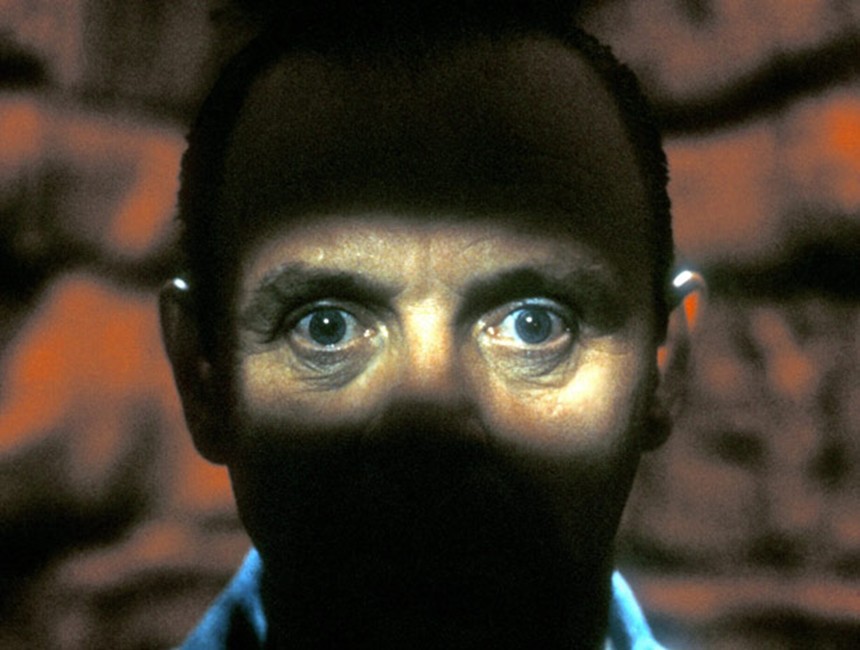 Jordan Peele: The Art of the Social Thriller at BAM Rose Cinemas

Key & Peele, the Comedy Central series featuring the sketch comedy duo of Keegan-Michael Key and Jordan Peele, contained within their hilarious segments trenchant cultural commentary, especially concerning racial issues, as well as a decidedly cinephilic bent. Jordan Peele has now taken both those qualities to the big screen with his fantastic directorial debut Get Out, best described as a Guess Who's Coming to Dinner meets The Stepford Wives.

To coincide with the release of Get Out, Peele has curated a series of films that inspired his own, which runs through March 1. This weekend's screenings include: Bernard Rose's 1992 cult classic Candyman; Wes Craven's Scream, which self-reflexively satirized horror film cliches and conventions, as well as kick-starting the genre's mainstream popular revival in the 90s, which continues to this day; Hitchcock's classic Rear Window; and Jonathan Demme's Silence of the Lambs (pictured), to date the only horror film to win a best picture Oscar. 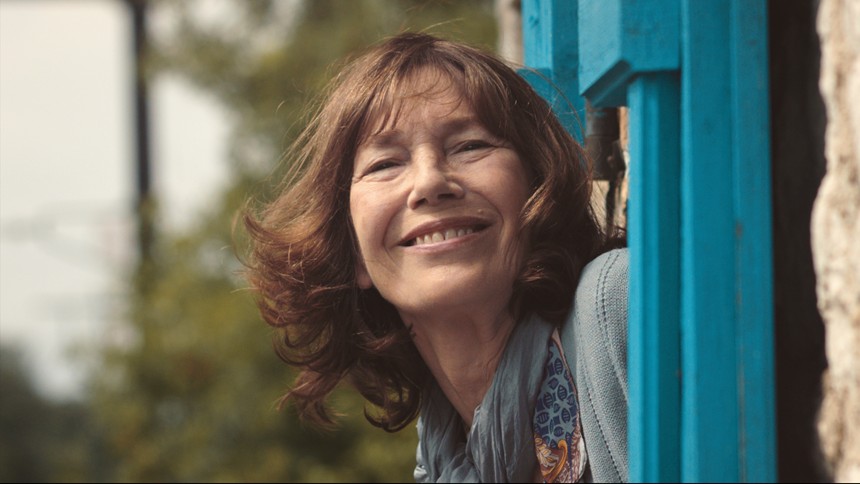 In advance of this year's Oscars, which will be given out this Sunday, the SHORTS HD channel once again is screening all 15 of the nominated short films theatrically around the globe, as well as making them available on multiple VOD platforms.

This year's nominees are a typically impressive and diverse lot, and this year some are very topical, especially the documentaries. Two films in that category (The White Helmets and Watani: My Homeland) are about the seemingly never-ending Syrian civil war, and another, 4.1 Miles, concerns the European refugee crisis.

Here are some of the standouts in each category:

Ennemis Intérieurs (Sélim Azzazi, France) - The title of this film translates as "Enemies Within," and it is built around an interrogation of a French Algerian man who is applying for French citizenship. The initially innocuous questions by the immigration officer quickly turns into a third-degree inquisition, during which the French Algerian is suspected of having information on possible terrorists. Even though this film is set in the 1990's, the parallels to current events are obvious.

La Femme et le TGV (Timo von Gunten, Switzerland) (pictured) - Starring the actress and cultural icon Jane Birkin (who has intimated that this may be her final screen role), this film is based on a true story about a woman, played by Birkin, who has a daily ritual of cheerily waving a Swiss flag at the TGV express train that passes in front of her house every morning. This leads to a written correspondence between the woman and the train conductor, which abruptly ends when the train line gets cancelled. Birkin is immensely charming and luminous, as is the film itself; she's brilliant as a lonely woman who soon learns to open up her world.

Timecode (Juanjo Giménez Peña, Spain) - This little gem is about two parking lot security guards, a man and woman, who work opposite day and night shifts, and who don't speak to each other beyond banal pleasantries as they relieve each other on duty. However, they find an unusual way to communicate via the CCTV security cameras.

The White Helmets (Orlando von Einsiedel, US) - This follows the titular group of volunteer rescuers in Aleppo, Syria who get together to try to save civilians from fallen buildings and other dangers from the war. The film focuses on three of these "White Helmets," who daily risk personal danger from the war as well as targeted attempted killings by terrorists and government forces. Intense and often heartbreaking, The White Helmets conveys the daily existence of Syrians under siege with visceral immediacy.

4.1 Miles (Daphne Matziaraki, US/Greece) - Part of the New York Times' impressive "Op Docs" series of shorts, the title of this piece refers to the stretch of water that separates the Greek island of Lesbos from the Turkish mainland. Hundreds of refugees daily make this treacherous crossing to escape war and other calamities to find safe haven in Europe. The film follows a Greek coast guard captain who is in charge of rescuing these people who attempt to make the dangerous trip to the shore. Some don't make it; the images of the drowned, desperate, and starving, the bodies of the dead, as well as the toll this all takes on the captain and his crew, are vividly palpable.

Pear Cider and Cigarettes (Robert Valley, Canada/UK) - The longest, as well as the most impressive overall, of the animated shorts this year is this wild autobiographical tale, based on Valley's own graphic novels and animated using Photoshop. It tells the story of Techno, an impulsively self-destructive childhood friend of the narrator, who must go to China to get a liver transplant to replace the one shot by many years of excessive drinking. Fueled by great rock tunes and filled with the same kind of crazy energy, this film is a delight to watch.

Blind Vaysha (Theodore Ushev, Canada) - Employing a striking animation style resembling moving woodcuts, this film tells the strange story of Vaysha, a girl born with different-colored eyes, the left one seeing the past, and the right one seeing the future, with the present as a blank blind spot. This is a very short, but very haunting piece. 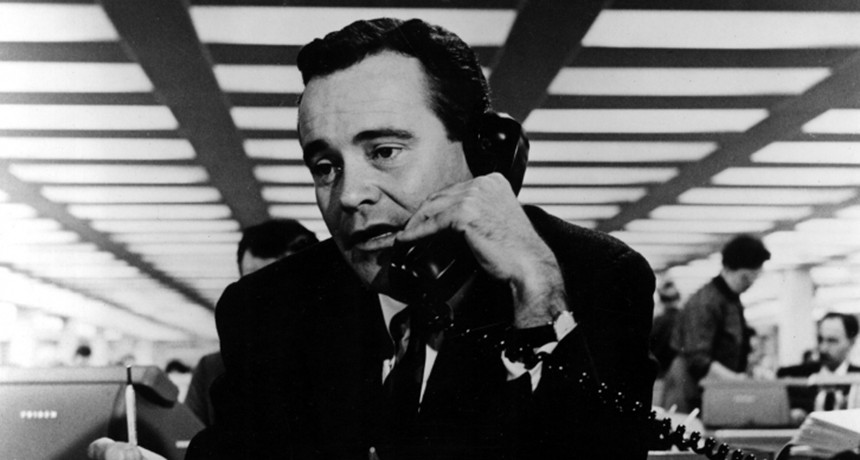 This year's best picture Oscar race looks like it's down to either Moonlight or La La Land. While both have their merits, it remains to be seen whether they will still be as admired, even revered many years from now.

Metrograph's programmers are offering their ten favorite best picture Oscar winners in this series, which runs through March 3. These include: Billy Wilder's The Apartment (1960) (pictured), which charms and sparkles just as brightly as when it was first released; Martin Scorsese's The Departed, his Boston-set remake of the Hong Kong crime drama Infernal Affairs (2006), which at long last earned its director an Oscar; and Alfred Hitchcock's stylish, ornate thriller Rebecca (1940). 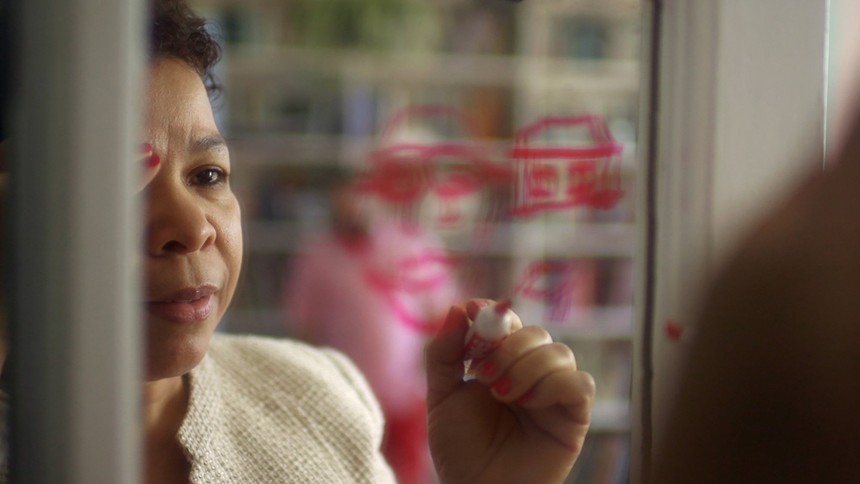 Doc Fortnight 2017 at The Museum of Modern Art

This consistently rewarding survey of some of the world's most innovative nonfiction filmmaking wraps up this weekend. Two of its best entries are by great filmmakers who have screened films before at this festival.

Stanley Nelson - whose excellent The Black Panthers: Vanguard of the Revolution opened the fest's 2015 edition - returns with Tell Them We Are Rising, which traces the history of historically black colleges and universities (HBCUs). With typically meticulous research, masterful filmmaking, and moving testimony, the film vividly outlines how black Americans' quest for knowledge and academic achievement was inextricably linked to their struggles to claim their identities, gain hard-fought for civil rights, and fully assert their human rights within an often hostile larger society.

Lynne Sachs' latest film Tip of My Tongue, which has its world premiere as the festival's closing night selection, is a beautiful, poetic collage of memory, history, poetry, and lived experience, in all its joys, sorrows, fears, hopes, triumphs, and tragedies.

Sachs has previously made such experimental, hybrid documentaries as Your Day is My Night (2013) and Every Fold Matters (2016), which incorporate documentary material, live and filmed performance, personal storytelling, and aural and visual collage to explore experiences of shared private and public spaces.

In Tip of My Tongue, to mark her 50th birthday, Sachs gathers together 12 people - all fellow New Yorkers, some friends, some relative strangers - born in the 60's and thus around her age. The film uses archival and original footage, written text, Sachs' own poetry, and first-person narratives of memories and experiences to explore how personal, political, cultural, and social histories intersect and affect individuals in unique ways. The cultural upheavals of the 1960's, the Vietnam War, Nixon and Reagan, the start of the AIDS epidemic, 9/11, the 2008 financial crisis, Occupy Wall Street, and other events figure greatly in the stories told by the people gathered here. The years covered here - the numbers of which are written on various surfaces throughout the film - are rendered in exquisite visual terms, creating an artful collective chronicle of history.