Interview: Jesse Holland and Andy Mitton Talk WE GO ON, Now On Shudder 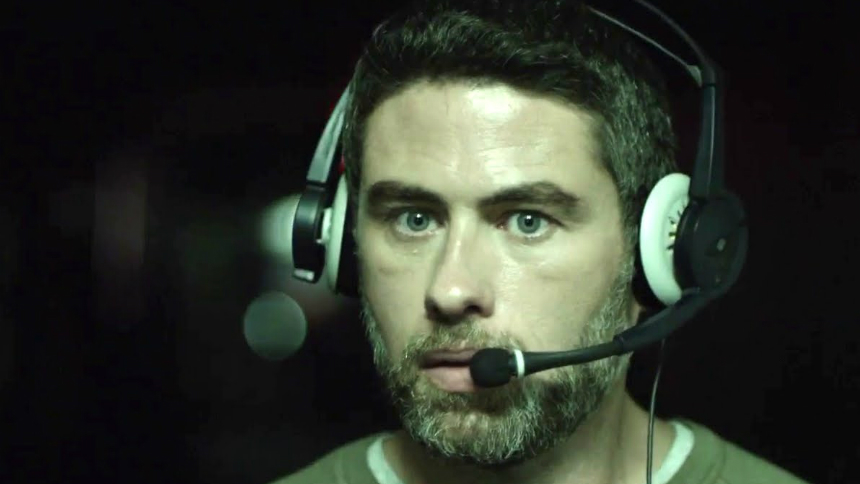 In their chilling sophmore feature, We Go On, filmmakers Jesse Holland and Andy Mitton explore life's biggest question through the eyes of a supernatural thriller. In the film, a young man in the throws of an existential crisis publishes an ad promising thousands of dollars to anyone who can confim life after death. What follows is a compelling journey into death and redemption.

The film was a hit on the festival circuit, resulting in a plum deal from AMC's horror streaming service Shudder, which released the film exclusively this week.

We caught up with the filmmakers to talk festivals, how they landed the deal and whether they're skeptics or believers.

ScreenAnarchy: I want to ask about your 2016 festival run. You won "Best Feature" at Dead By Dawn, you had a successful run at Fantasia up in Montreal, but what's the reality of the festival landscape these days with so many independent films vying for spots in festivals each year? How hard is it to get into festivals at all let alone walk away with awards?

Jesse Holland: To be on the blunter side of things, there's tiers of festivals and you learn what kind of tier your going to be cruising around on. And, you know, we weren't the Sundance tier, but we found a tier that really accepted us and made it a wonderful experience.

Andy Mitton: You have to go into it understanding it's always a lottery. I just know, from people who've worked on submission committees, it sometimes depends on who sees you that day, what kind of day they've had.

We were unorthodox on Yellowbrickroad, our first film, which, with a rough-cut, got into Slamdance and we just thought, "Okay, so this happens all the time."  But I think that wouldn't have happened if that film had maybe gotten to some other person who maybe wasn't in as good a mood. That movie was polarizing, so maybe if they were on the other side of it. So, I think it's a matter of stay persistent.

I was quite pleased, because I heard going into the season that you had to get a waiver. That the percentage of films in these festivals that they invite vs. ones that come through submissions, I think  people are concerned with that ratio. In our case, we did have some waivers, but we got in blind to several festivals so it actually gives us a bit more faith than we're hearing from other filmmakers.

We cover the films that run at festivals but rarely do reporters cover what its like for filmmakers to deal with these festivals. My assumption has always been that festivals are a financial loss for the filmmakers. They probably cost more for everyone to go into than they make at the door, or whatever that deal looks like, so are festivals worth it anymore? Are festivals still super crucial to the future of a film?

Andy: I think for a film our size, it's still important because it keeps us afloat in terms of press hits. If it's going to take you that nine moths to a year on the festival circuit to potentially make a sale then you don't want to disappear from the public eye in any sense. And every time you go to a festival that's worth its salt in any way you get some attention.

You get a nice balance. Every festival is completely different, we've found. Some you completely pay your way and it takes a chunk out of your life to get there while other festivals have budget put aside to fly you out and out you up.

Jesse: Also,  you don't have to go to every festival to run the circuit. We would have loved to come to Fantasia, but they were one of the ones not offering travel.

Jesse: I forgot that you went.

Andy: I paid. Look, it was worth it. It was awesome.

Turning to We Go On, what jumped out at me was the fact that it's a mother/son two-hander, which is something we rarely get. We get a lot of mother/daughter road movies and father/son movies. Was this something you were acutely aware of and took on, or was it just an organic development?

Andy: We we aware we hadn't seen it. We talked about the fact that it was rare and that for all of us as adult males, Jesse and me and even our lead, Clarke Freeman, who had recently lost his mother actually,  that relationship specifically between an adult male and his mother was on our minds. We all have a special bond with our mothers and we don't see that explored very often.

We're always looking for this balance of giving genre fans the things they expect, to get creeped along the way, but it's also important amidst the noise and all the content out there to do something different. You know, to have a theme, to have a reason you're writing the story beyond scaring people.  It is possible to get that in without it being like an art film.

Annette O'Toole plays the mother, John Glover is also in the film. You're got a great cast of character actors. Can you speak to the specifics of getting some of these legends involved. I imagine you wanted to find the right people who could pull this relationship off.

Andy: Yes, my wife, Laura Heisler, who is also in the film, is a theatre actress of many years and Annette O'Toole does a lot of her work in theatre, especially over thr past few decades. So Laura knew Annette and the connection was made through her.

So, I got to meet with Annette for coffee one day and she's been doing a lot of work, she's amazing, but her parts for older women have sort of devolved to dying on Grey's Anatomy, so she doesn't see much with a lot of colour or dimension so she felt very comfortable with it. We couldn't have found anyone better to work with.

And then it was Annette who got on the phone and called John Glover, a friend, who ended up coming in on three days notice. He was amazing.

Jesse: And then we got Giovanna (Zacarias) from my friend Danny Rogriguez, the producer. She was great.

The film's main character is a skeptic who is willing to pay a large sum of money to anyone who can confirm life after death. The film does a great job at keeping the question open ended and for a while I wondered if it would come down on one side or the other at all.

As the writers of the film, I'm curious if you're personally skeptics or believers?

Jesse: Yeah, Andy's a believer and I'm a skeptic and that definitely fed into the creation of the film. as we bounced that ball back and forth. It fueled the dialog.

Andy: Without a doubt, we felt a little bit of a reflection between our own approach to that topic and the approach of our main characters. We wanted to see a believer and a skeptic on this journey together, perhaps hoping for different outcomes. We were interested in that friction.

I know how important a release is to filmmakers and I'm sure you have expectations of what that release looks like, whether there is a theatrical opportunity for example, so I'm curious how SHUDDER got involved with you guys and what made the offer work for you?

What is attractive about the deal with Shudder?

Andy: I think it's a balance of wanting to give everyone who worked on the film both exposure and money. You have to honour the investors and the people who worked on the film by making sure you get a broad release. In the end, Shudder presented a good balance in that regard. Light Year Entertainment is picking up the physical release in the US, so there will be a DVD/Blu-ray release on April 4.

Streaming services like Netflix and Amazon are notorious now for not sharing numbers with the public or filmmakers. Is Shudder different in that regard? Do you ask for subscribers and numbers or do you just take it on faith?

Jesse: (laughs) That's a question I'd want to ask my lawyer.

Andy: Look, sales agents are the conduit for all this and believe me when I say they do an amazing job.

Fair enough. Thanks a lot guys!

Do you feel this content is inappropriate or infringes upon your rights? Click here to report it, or see our DMCA policy.
Andy MittonhorrorInterviewJesse HollandShudderWe Go On