HAVE A NICE DAY: Watch A Clip From The Berlin Selected, Chinese Noir Animation

Fans of international animation will do well to keep a close eye on Berlin this week, where Chinese director Liu Jian's animated neo-noir Have A Nice Day is slated to have its premiere February 17th.

A hard rain is about to fall on a small town in Southern China.

In a desperate attempt to find money to save his fiancée’s failed plastic surgery, Xiao Zhang, a mere driver, steals a bag containing 1 million from his boss. News of the robbery spreads fast within the town and, over the course of one night, everyone starts looking for Xiao Zhang and his money...

With a dark, gritty style somewhere along the lines of Anders Morgenthaler's Princess or Yeon Sang-ho's The King of Pigs, Have A Nice Day looks to be another strong entry on the list of dark animated tales for adults.

We are very pleased to present an extended clip for the film below along with the official poster. You can click the poster image below to enlarge. 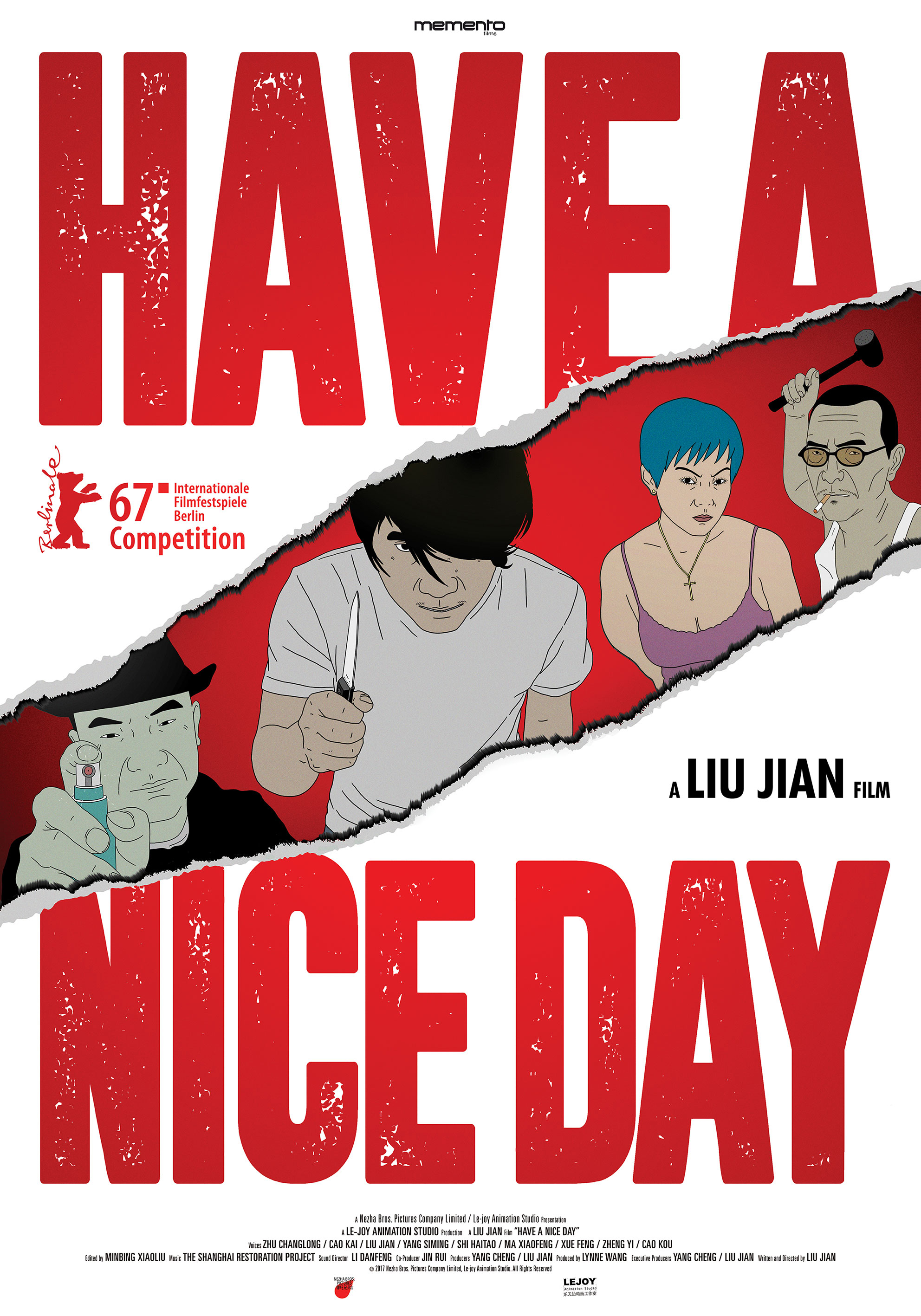 Do you feel this content is inappropriate or infringes upon your rights? Click here to report it, or see our DMCA policy.
animationBerlinBerlinale 2017ChinaClipHave A Nice DayLiu JianPosterTrailer