XX: Watch The Trailer For All Female Horror Anthology Now! 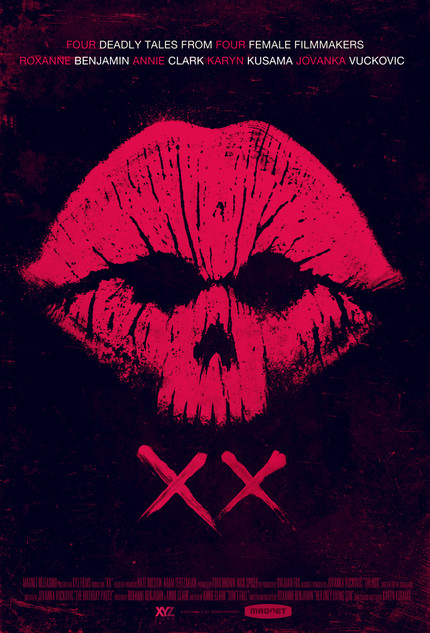 Set to premiere at the Sundance Film Festival in a little over a week prior to theatrical and VOD release February 17th, the official trailer has just arrived for long awaited all-female horror anthology XX. Karyn Kusama, Roxanne Benjamin, Jovanka Vuckovic and Annie Clark - better known in musical circles as St Vincent - direct with acclaimed animator Sofia Carrillo providing titles and interstitial work. Here's how the festival describes it:

Gather round if you dare for four murderous tales of supernatural frights, predatory thrills, profound anxiety, and Gothic decay in the first all-female-driven horror anthology film. Audacious new works from some of the genre's most promising voices—Annie Clark (better known to fans as St. Vincent), Karyn Kusama (The Invitation, Girlfight), Roxanne Benjamin (Southbound), and Jovanka Vuckovic (The Captured Bird)—bring forth a study in the proper unspooling of dread for your viewing pleasure.

This is a really personal one to me as it's one that I set off to curate and produce better than four years ago now. To say it proved challenging is more than fair and I'm immensely grateful to the huge range of collaborators required to make a project like this happen - Vuckovic needs a special thank you in this regard, as she's been there right from the beginning and been hugely important in wrangling the parts together - and proud of the results. Here's hoping the audience (i.e. you) feels as strongly about it as we do! Check out the trailer below!