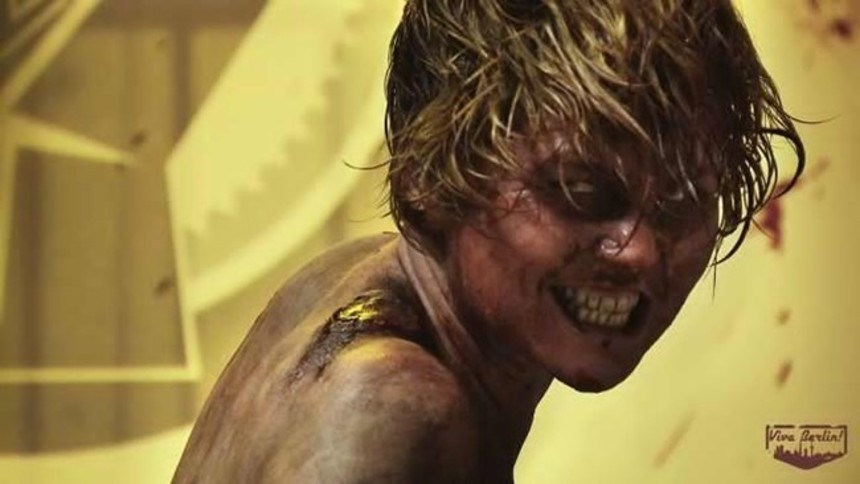 It was way, way waaaaaaaaay back in 2011 that we first shared the trailer for Moritz Mohr's German zombie web series Viva Berlin. The whole Walking Dead thing hadn't happened at that point and there was some speculation about whether the whole zombie thing was going to peter out in general at the time as it appeared to be on its last legs but that did nothing to dampen our enthusiasm because this thing looked good.

Maybe too good, honestly, because on the strength of that trailer speculation started swirling about a feature expansion and the release of the series was put on hold while attention shifted in that direction. But now, all these years later, the series has leaked - in what is labeled a 90% complete version - online for your viewing pleasure.

Yes, English subtitles are included for your viewing pleasure and while they've got embedding turned off, you can find the first episode here. Aim for the head.

[Embedding now on! First episode below!]