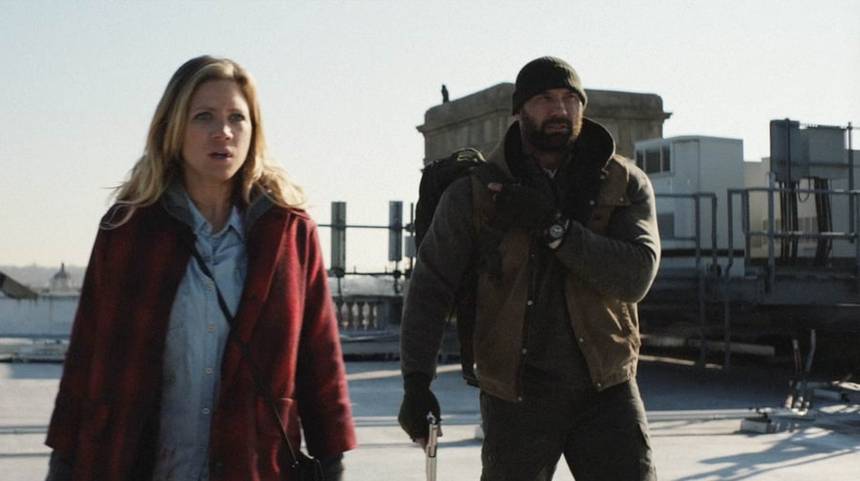 A young woman is plunged into an America at war with itself in Cary Murnion and Jonathan Milott's Bushwick. A project that began when Obama was still in its first term and America was congratualting itself for solving its race and class problems the Sundance selection now premieres as the midnight selection at the festival the day after Donald Trump's inauguration and suddenly the idea of America tearing itself apart doesn't seem quite so fanciful.

On the way to Grandma’s house with a new boyfriend in tow, Lucy (Brittany Snow) steps off the subway into an utter bloodbath on the streets of Brooklyn’s Bushwick neighborhood. Texas is attempting to secede from the Union, and militia forces have descended upon New York City to claim it as an East Coast base of operations and negotiation tool. Faced with a flurry of whizzing bullets and total destruction around every corner, Lucy takes shelter in the basement of Stupe (Dave Bautista), a burly war veteran who reluctantly helps her traverse the treacherous five-block stretch of Bushwick to reach her destination—assuming it’s still there.

The entire film is shot on location in the Bushwick neighborhood of Brooklyn in extremely long takes and for those wanting a first taste of the action, Entertainment Weekly premiered a first clip yesterday - along with an interview with producers - that shows off star Dave Bautista in action. Check it out below!

[Full disclosure: I'm a credited producer on this one and have been involved from the first draft of the script forward. So, yeah, conflict of interest, etc etc ...]