Andrew Mack
Editor, News; Toronto, Canada (@Mack_SAnarchy)
1
Sign-In to Vote
Tweet 0 Submit
Bushwick, an urban invasion thriller directed by Cooties' Cary Murnion and Jonathan Milott, played tonight at Cannes in the Directors' Fortnight Features program. Yesterday, Collider debuted three new teaser posters, running with the colors of American patriotism. You will find them below, each a slight variant from the other apart from the color scheme.
Bushwick stars Dave Bautista (Guardians of the Galaxy), Brittany Snow (Pitch Perfect), Angelic Zambrana (Precious), and Jeremie Harris ("Legion"). The chilling and poignant tale was written by Nick Damici and Graham Reznick; so long ago they come across as damned prophets now that Bushwick is coming to U.S. cinemas, VOD and Digital HD on August 27th.

When Lucy (Brittany Snow) steps off the subway, she walks into an utter bloodbath on the streets of Brooklyn’s Bushwick neighborhood. Texas is attempting to secede from the Union, and militia forces have descended upon New York City to claim it as an East Coast base of operations and negotiation tool. Faced with a flurry of whizzing bullets and total destruction around every corner, Lucy takes shelter in the basement of Stupe (Dave Bautista), a burly war veteran who reluctantly helps her traverse the treacherous five-block stretch of Bushwhick to reach her destination—assuming it’s still there.

ScreenAnarchy's Jason Gorber caught the film when it premiered at Sundance and capped off his review with this summary.

Bushwick provides an interesting, effective take on the idea of urban invasion, providing a particularly bleak glimpse into an apocalyptic struggle even more chilling given recent political developments. A tale of tenacity set against a growing fascism that’s poisoning much of contemporary life, the film is both a fascinating exercise in style as well as a provocative and often chilling look into the abyss.

RLJ Entertainment will release Bushwick in theaters and on VOD and Digital HD August 25, 2017. 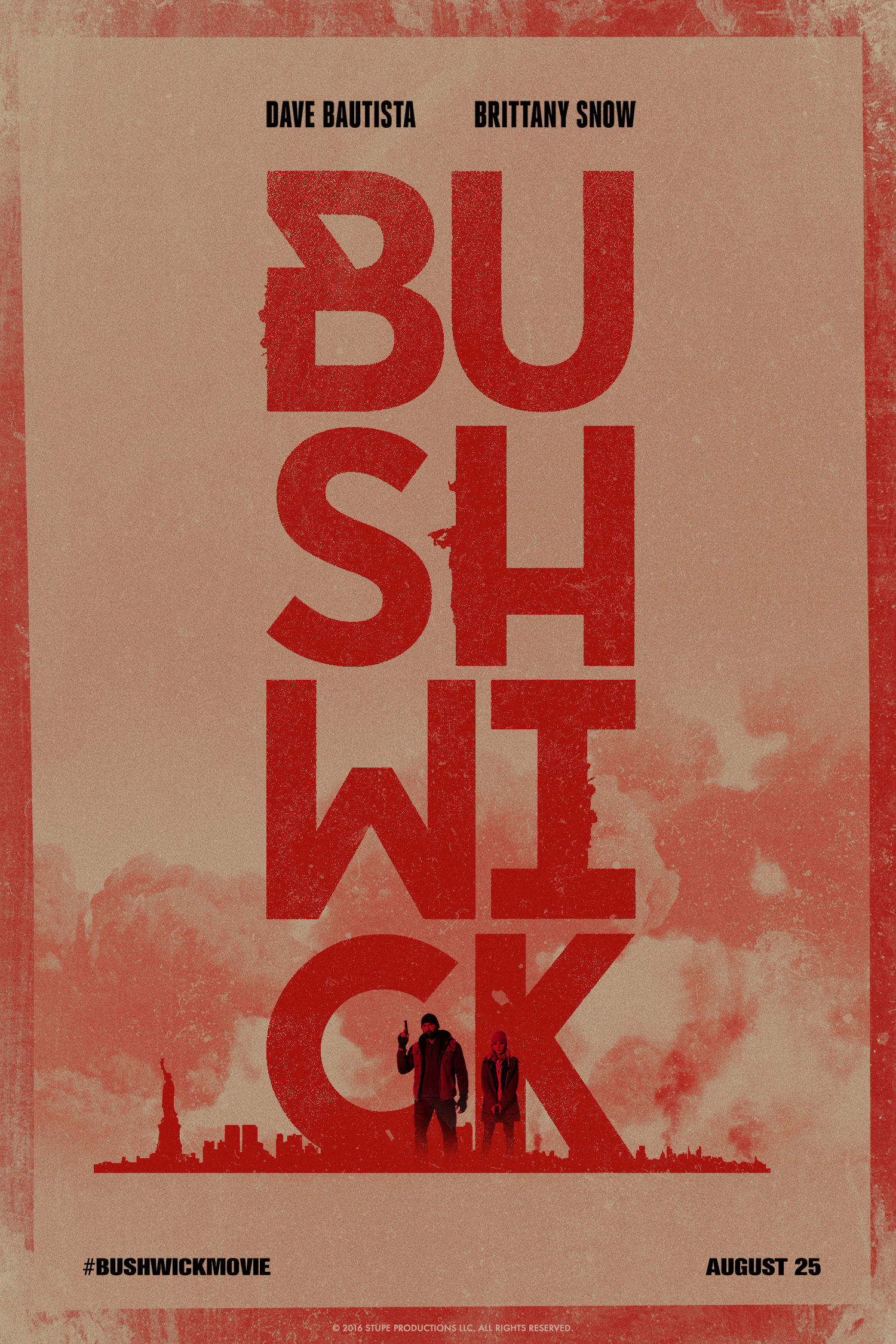 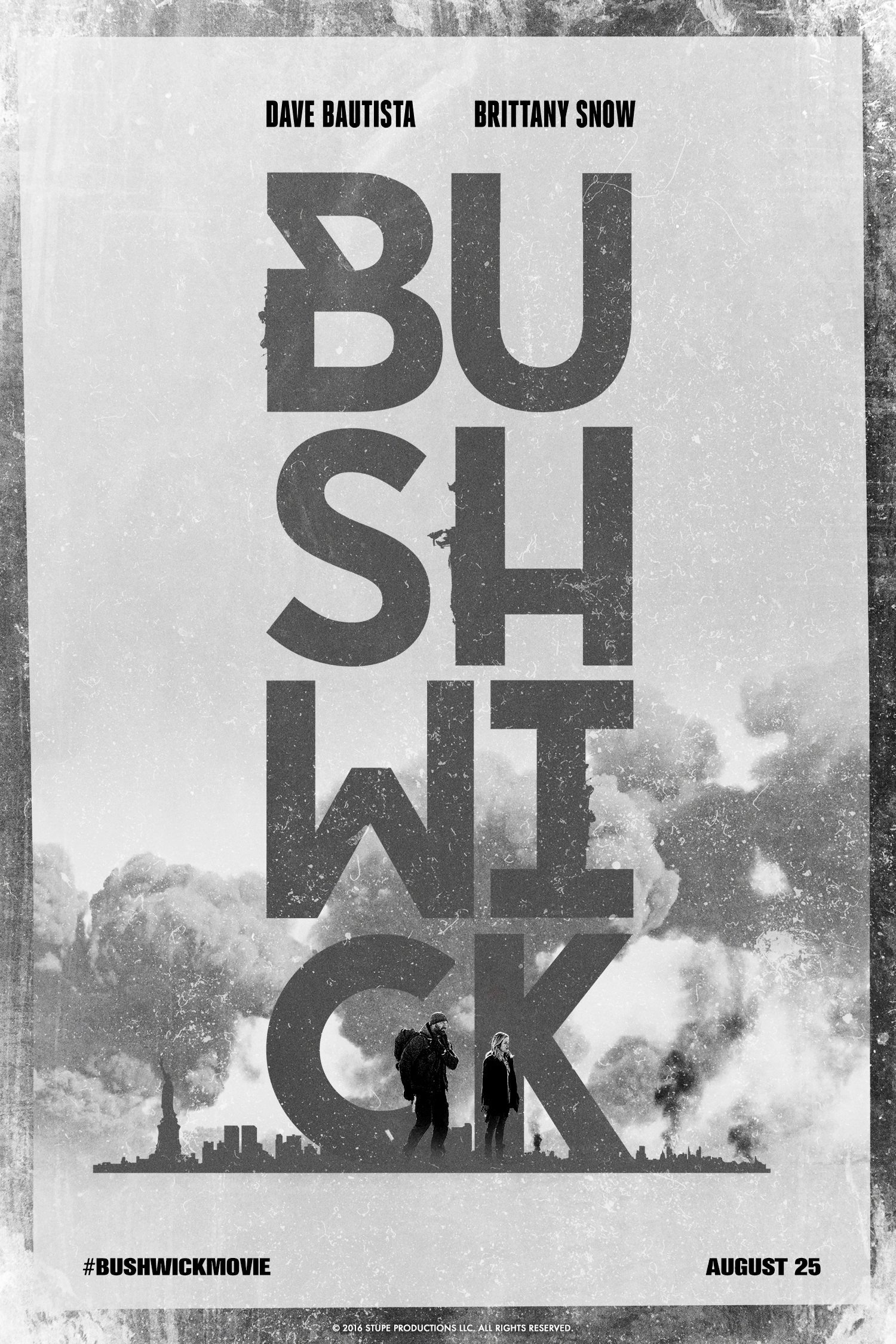 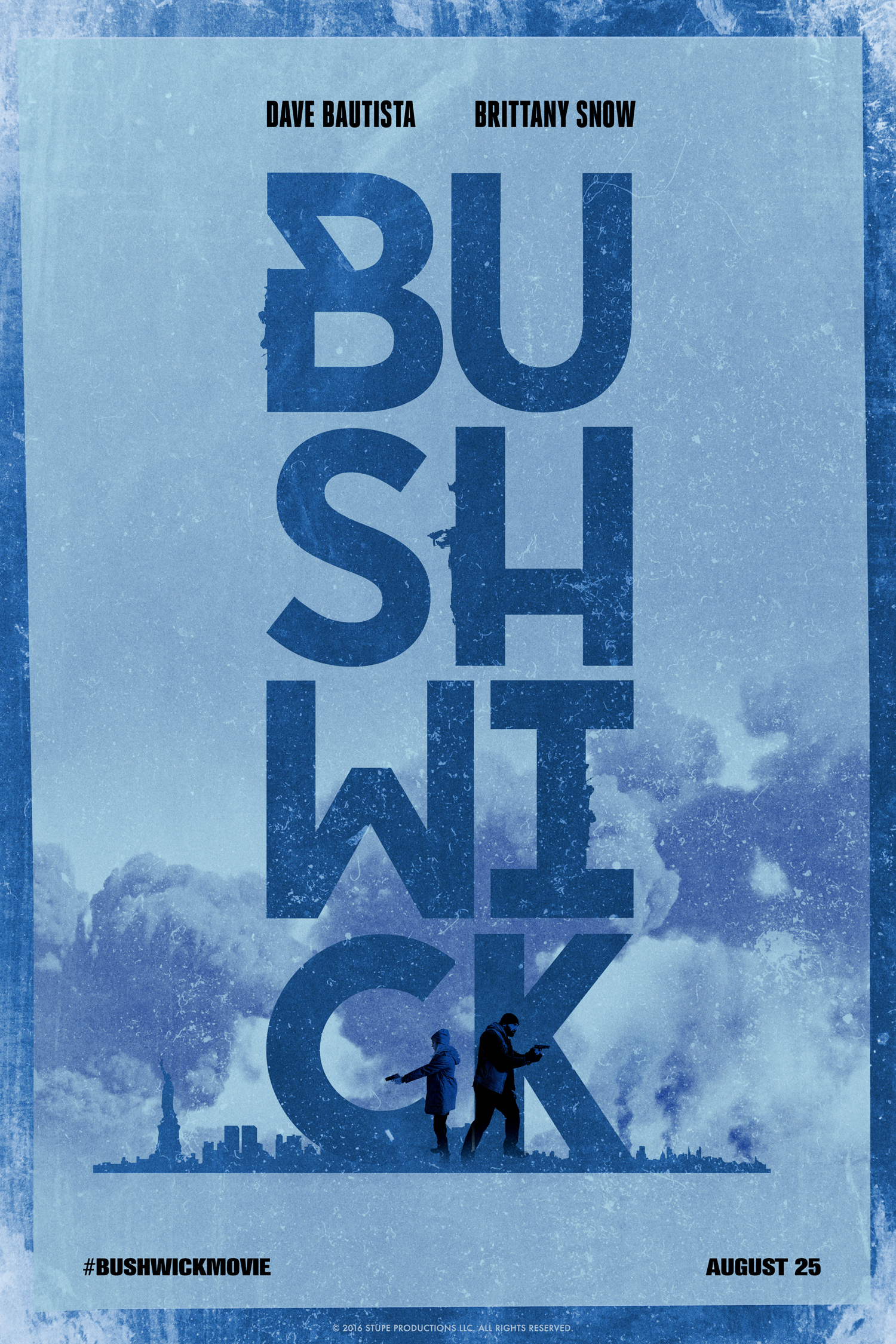 Do you feel this content is inappropriate or infringes upon your rights? Click here to report it, or see our DMCA policy.
Brittany SnowBushwickCannes 2017Dave BautistaSundance 17

While I will withhold judgment on the movie until I see it, Texas militia's invading New York is about as ridiculous a McGuffin as I have seen in a long time. From a strategic and operational perspective it would be a disaster. If Texas was going to seize a strategic objective for negotiation purposes, it would be bridges across the Mississippi river. Easy to defend/destroy and close enough to the base of operations for logistics and support. Other strategic targets would just be destroyed to disrupt the US economy and military response.

Umm, yeah I just watched the trailer. So the militia appear to have received their marksmanship training from Imperial stormtroopers and gotten their uniforms from mall ninjas (to include black helicopters). I am not even going to ask why the Hasidic Jews are all armed with SKSs. Looks like this was made by folks who have no clue about military operations, urban combat or realistic distribution of weapons in the US. I'm thinking this is way down on my list of movies to see.