Could We Call It The Goonie Dead? Check Out The First Shot From Peter Ricq's DEAD SHACK 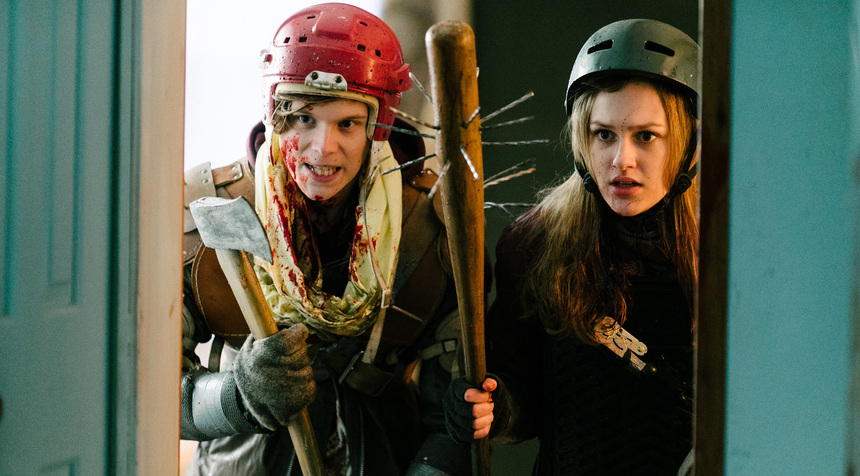 Production has wrapped on Canadian writer-director Peter Ricq's Dead Shack and along with word that Raven Banner have picked up Canuck distribution rights to the film, a first still has arrived online and it's a good 'un.

DEAD SHACK is a horror dark comedy that centres on three kids who, while on a weekend getaway at a rundown cottage in the woods, must save their hard-partying parents from their predatory cabin neighbor who is intent on feeding them all to her undead family.

Yep, teen kids in the woods with their drunk parents and the undead. What could go wrong? Lauren Holly (Dumb And Dumber) anchors the cast as the villainous neighbor and while this is technically the feature debut from Ricq, the man actually has quite an impressive body of work. One of the creators of animated tv series The League Of Super Evil which he wrote more than thirty episodes of before moving on to another animated series in Freaktown, Ricq's voice as a comic writer is very well established at this point and he's got a very impressive body of live action work as a music video director, which all bodes rather well for this. More as we get it!

Do you feel this content is inappropriate or infringes upon your rights? Click here to report it, or see our DMCA policy.
Dead ShackLauren HollyPeter RicqZombie