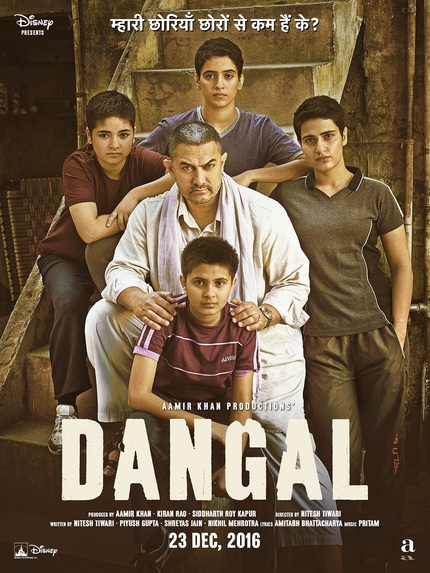 I've been interrogated about my love-stroke-obsession with Indian cinema ever since I began writing about it on these pages a little over six years ago. I'm not Indian, before this summer I had never been to India, and I didn't have any Indian friends or relatives by marriage or otherwise. In fact, of the people who've asked about my interest, well over half have been Indians who just don't understand why a foreigner would be interested.

Fair play to them.

One of the most beautiful things about Indian cinema is its dedication to homegrown stories and storytelling. This is a feature of Indian cinema across language, culture, and political lines. In the old days, it was more a sense of isolation that drove Bollywood and other regional film studios to stick to the program, as it were, creating melodramatic musicals of epic length and souped-up action films designed to inject the daily monotony of the developing worrld with a big of magic.

Over the last 25 years or so, however, the world has changed dramatically. For one thing, it's gotten dramatically smaller with the ever increasing reach of the internet from being a novelty one experienced at home or in a cafe to becoming available at the press of a button anywhere you wish through mobile phones. Bollywood has changed with the times just like every other industry, updating their stories, making them more modern, less traditional, and attempting to plug into whatever fad is sweeping the nation.

However, while the cinema industry has modernized, it hasn't really fundamentally changed. Musicals still dominate the box office, melodramas and action blockbusters still use the same tropes and messy writing they always have, and this is one of the key reasons that Indian film is one of the toughest nuts to crack in all of the cinema world. It's a cinema that is almost impenetrable for outsiders.

When talking to non-Indians about Indian cinema, the biggest excuse I hear to explain the hesitance of big time film buffs to dip their toes into this gigantic pool is that it is just too deep, and their fears are entirely justified. India makes close to two thousand films every year in over two dozen languages. However, focusing on Bollywood - the mainstream film industry based in Hindi-speaking Mumbai - illustrates just how challenging it is to take that first step.

Bollywood is the face of India to the international film world, when people think of Bollywood (if they think of it at all), the first things that come to mind are those three hour melodramatic weepies chock-a-block with songs and dances appearing out of nowhere and ridiculously arch acting that doesn't fit with their Western expectations of what modern film should look like. While these images aren't altogether false, nor do they illustrate a particularly far-fetched stereotype of what Bollywood is and has always been, suffice it to say that it's a wholly incomplete picture of what is possible and has been for decades in the hands of talented performers like Dangal star, Aamir Khan.

Khan is a singular figure in Bollywood these days. He not only commands the respect of his fans and colleagues, he's also one of the world's biggest movie stars whose films routinely break box office records and achieve near unanimous critical praise. There are plenty of actors in India who can do one or the other, but Aamir Khan is really the only one who can do both. In fact, he's the only actor in Bollywood today who can claim to have produced and starred in an Academy Award nominated film, 2001's Lagaan, a feat that India has only achieved thrice in its history. Every time Khan hits the screen, he swings for the fences, and his average is remarkably high. Dangal is yet another winner from Khan, and in spite of its overall familiarity, it wins by hitting all the right notes with style.

Dangal is based on the true story of Mahavir Singh Phogat, a national level wrestler in India in the early '80s, and his daughters Geeta and Babita. Mahavir was always disappointed that he was unable to compete at the international level due to lack of resources and support from his country and was determined to live his dreams of international gold through his sons.

The problem was that he never had any. Phogat and his wife ended up with four girls over the course of 20 years and while he loved them, in them he saw his dream die, until one day when a couple of boys appeared battered and beaten in his home. When it's explained to him that these boys were the victim of a thrashing by his eldest two girls, he decides that they have the right stuff to succeed where he wasn't able, and he immediately sets about training them to become champion wrestlers.

At this point Dangal really stops being a film about Aamir Khan's Mahavir, a bold move in a film whose very existence and success is largely predicated upon his participation. The focus turns almost entirely onto Geeta and Babita, the two girls who become his vessel of redemption, very much against their will.

The Phogat family live in a relatively small village in rural Balali, and even in the late '90s when their transformation begins, it was heavily ruled by traditional values that placed women and girls firmly at the bottom of the social ladder. As such, training young girls to become wrestlers, a sport with a longh and storied history among the men in India, was seen as a shameful and even offensive act. But Mahavir was not to be swayed, even though his daughters often paid the price for his dreams.

Writer/director Nitesh Tiwari and his leading man have conspired to make Dangal a story of victory and redemption, not only of Geeta and Babita Phogat, but also of Mahavir in a smaller way. Aamir Khan's willingness to not only take a back seat in a film with his name both above and below the line, but to also spend a large portion of the film as the heel speaks volumes to his understanding of what makes films like this work.

There is very little in Dangal that is new in terms of inspirational sports films. In fact, India has a pretty positive relationship with such films. Lagaan, the film for which Khan earned an Oscar nomination, was, from the outside, about a game of cricket. This year's biggest box office earner was Salman Khan's Sultan, another wrestling film about redemption, and even Shah Rukh Khan, who has relied on romance to fuel his biggest box office hits, counts Chake De! India, a film about the Indian national field hockey team, among his finest performances. However, it is the deft with which Tiwari balances the expected elements with his Bollywood flourishes that impresses here and leads back around to my initial statements. Dangal is a perfect entry point for outsiders afraid to approach Bollywood cinema.

Dangal takes all of the above mentioned ingredients of mainstream Hindi cinema and utilizes them judiciously in the service of creating a universal experience of uplifting and inspirational sports cinema. Yes, there is a song with a choreographed dance, but it takes place at a wedding where such things do happen.

Yes, the film is long, but 2015's Creed was well over two hours, as was Raging Bull, A League of Their Own, Moneyball, Chariots of Fire, and god knows how many other films in this genre. The film is nationalistic, but, frankly, less virulently so than a lot of other films in recent years, and even as it marches confidently toward its more or less predictable ending, it almost never places the burden of its patriotism on others, but rather on a country and system that doesn't adequately support its national level athletes.

In America, we love an underdog, and there is no bigger underdog in international athletics than India. A nation of well over a billion people that has so few Olympic medals over the last hundred years that it is a national sore spot. Dangal, like Chak De! before it and Lagaan before that, is an attempt to inspire the nation with the true stories of isolated international success to which Americans and most other citizens of industrialized nations have grown accustomed.

And I'll be damned if it doesn't work like a charm. I was in a cinema packed with Indian ex-pats last night and there were legitimate cheers at the screen when Geeta won matches, this is a country so starved for althetic heroes that even those in a movie can bring them to tears, and once you are able to shft your point of view to theirs, it might just do the same to you.

While it is definitely Khan who will drive audiences into the theaters, it is Fatima Sana Shaikh's Geeta and Sanya Malhotra's Babita who will make them stand up an cheer. Even as these women plow through sports film cliches, they are able to muster tears both in themselves and in the viewer as they engage in this world fully. Shaikh, in particular, feels the full weight of Dangal's physicality as she performs admirably during the numerous wrestling scenes in the film. The casual viewer will certainly be amazed at what she is able to do with her body, and the lengths through which she went to portray this character with the dignity she deserves.

In fact it is the women, including Sakshi Tanwar as Mahavir's exasperated wife, Daya  and the younger versions of Geeta (Zaria Wasim) and Babita (Suhani Bhatanagar), who drive this film. Aamir Khan's spirit holds sway over the story - the dreams are his, the training is his, the passion is his - but it is up to the women of Dangal to make the film work, and they are more than up to the task. Daya's infinite patience for her husband speaks volumes for the world from which Mahavir seeks to set free his daughters.

Even teary eyed and hackneyed speeches about the pitiful lives of Balali women, born to marry at 14 and bear children shortly thereafter, serves to inspire determination rather than eyerolls. Might it have been a bit more balanced with female writers on board? Probably, but Dangal still presents the women in the film as its heroes, fighting hand in hand with their father to show that women are as capable of glory through sport as anyone else, and that's still a revolutionary idea some places in India.

Like any film, even the best of them, Dangal is not without its faults, and I am not blind to them. However, in the end, they aren't enough to warrant discussion beyond a cursory mention. A story device that finds Khan's Mahavir put in a fortuitously convenient position for another character's personal growth is a bit of a stretch, but makes for good drama. An unneccessarily villainous opponent makes an 11th hour appearance in one of the film's only cringeworthy moments. However, these are minor quibbles when placed in the context of this marvelous film that bridges the space between Bollywood and the rest of the world.

I've been waiting for a great Bollywood film this year, and while there have certainly been some contenders, most of them fall into the gray area between mainstream and festival bait. Dangal is the first true film of international quality to come out of the system in 2016, and just in the nick of time. Leave it to Aamir Khan to do what he does best, make great films. Dangal is a winner.