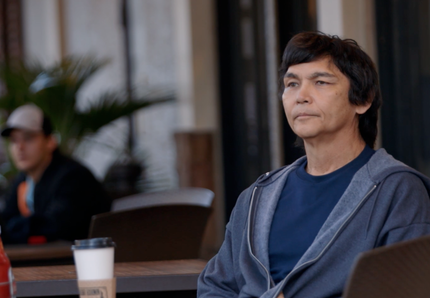 Martial Arts Action Star Don "The Dragon" Wilson is back in an all-new action-comedy!

Hollywood, CA (December 7th, 2016) Kickboxing Champion and legendary action star Don "The Dragon" Wilson is back like you've never seen him before in Traditionz Entertainment's action-packed comedy Paying Mr. McGetty from director Michael Baumgarten (The Martial Arts Kid)! After a night of drinking and gambling, Tyrell (R. Marcos Taylor, Netflix's Luke Cage) is awakened by an angry call from his girlfriend, Meena (Anita Clay) and finds himself in bed with a strange woman, Cecelia (Alissa Schneider) -- a local mob boss' daughter. Once the local mob boss finds out, he hires Shota (Wilson) -- a relentless hitman. To make matters worse, the reward on Tyrell's head has dozens of others looking for him, too. Adding to Tyrell's troubles, the worst thing of all... Meena, the love of his life, is put in harm's way. Tyrell must make a stand by taking on the mob, taking on Shota, and finding the money to pay their landlord -- Mr. McGetty -- before the day ends. It will be the wildest and most incredible day of his life!

On playing Shota Kabu, Don remarks, "It was an interesting character for me because I usually get offered the 'good guy' roles in action Films, and this was something different. The challenge for me was, to be and do everything necessary as a deadly killer for hire, while maintaining a certain code of ethics that enabled the viewers to still be sympathetic to my character." He adds, "I hope my performance did not come off as if Shota was completely evil or completely good. To me, he's a little of both."

Of his leading role character Tyrrell, R. Marcos Taylor says,
"I always seem to play the 'heavy,' the 'thug, or the 'tough guy,' so Tyrell was really interesting. Going from confusion, stress, frustration, depression and fear to courage, determination, and happiness was a challenge, but one I loved doing."

Director Michael Baumgarten comments on making the film: "It was a pleasure to work with Don 'The Dragon' Wilson and James Wilson on yet another motion picture. We had a great time making The Martial Arts Kid, and we had more to say with Paying Mr. McGetty. We keep coming up with interesting stories to tell and people seem to really enjoy them."

James Wilson, the producer of Paying Mr. McGetty reflects, "We knew this project would be risky. It's not your typical movie, and yet there's nothing out there quite like it, but we believed that an audience would appreciate something really unique that has everything: humor, action, romance, martial arts, diversity, and more."

Founded in 2014, Traditionz Entertainment is run by martial artists including James Wilson, Cheryl Sanders, Dr. Robert Goldman, Cynthia Rothrock, and Don Wilson. It intends to produce feature films, television programs, and web series that will contain martial arts elements in an honest and realistic way that aren't usually found in Hollywood. Their films will feature recognizable action stars of the past, along with exciting and fresh young talent. Their first feature film The Martial Arts Kid starred Don Wilson, Cynthia Rothrock, T.J. Storm, and Jansen Panettiere in the title role.

Do you feel this content is inappropriate or infringes upon your rights? Click here to report it, or see our DMCA policy.
Don "The Dragon" Wilsonmartial arts