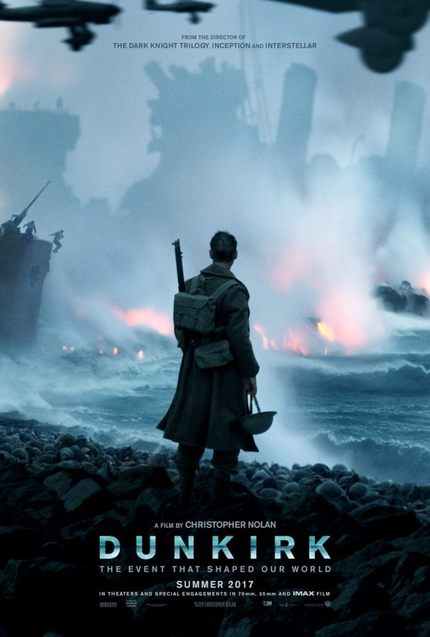 The film depicts one of the largest battles of the war following the British military evacuation of the French city of Dunkirk in 1940.

On record as being pro-celluloid, Nolan shot Dunkirk on 65mm large-format film and Imax, a format he used to great effect in his Dark Knight trilogy)

Synopsis:  Allied soldiers from Belgium, the British Empire, Canada and France are surrounded by the German army and evacuated during a fierce battle in World War II.