Review: WE ARE X, More Than Just a Music Doc About X Japan 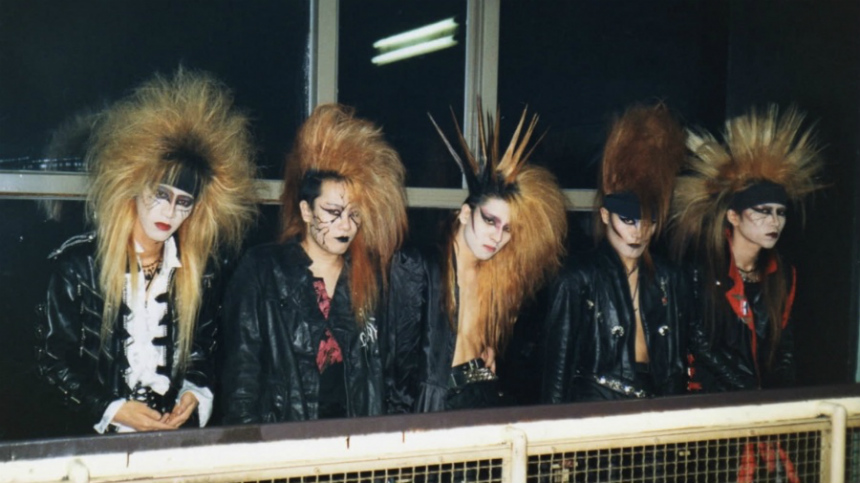 From director Stephen Kijak, best known for his documentary about the Rolling Stones, Stones in Exile, comes We Are X, which premiered at the Sundance Film Festival this year.

It is an excellent record of the history of X Japan, a hugely famous and successful band in Japan. However, more than just a documentary about the band and their music, We Are X is really about the band's leader, known simply as Yoshiki and about his troubled past and complex life. Because of this, one need not be a fan, or even aware of X Japan, to enjoy this film.

Starting off with slow motion shots of an otherworldly drummer passionately smashing the drums like his life depends on it, We Are X immediately sets the scene with a cast of characters who are full of intrigue. Toshiki, the drummer and mastermind of X Japan is like a super skinny Bane from The Dark Night Rises, with his mask and sunglasses. Shrouded in strange clothes and mystery, the audience's interest is peaked from moment one.

The documentary chronicles the life of Yoshiki from his early childhood through the defining event of his father's suicide when Yoshiki was just ten years old - and on through the formation of the band, its rise to becoming one of the biggest bands in Japan, its breakup after the lead singer and longtime friend of Yoshiki's joins a cult and on through their many trials and tribulations. All of this leads up to a massive, sold out show at Madison Square Garden in New York City that the reunited band played in 2014.

We Are X does a great job of pulling back the layers from Yoshiki's grand and public narrative of being the band with a death wish to reveal the emotional truths that lie underneath. Yoshiki is a fascinating character who would be compelling whether he was a rock star or a plumber and Kijak masterfully plays with both his charisma and sadness. Simultaneously, Kijak threads in a comprehensive history of the band to placate the fans and to bring in the uninitiated.

One does not need to have ever heard of X Japan to get a lot out of We Are X. It's entertaining and compelling in its own right and it doesn't hurt that the music and performances are quite fantastic to boot. While I wish there was more time devoted to some of the many subjects addressed in the documentary, such as Toshi's time in the cult and more on Yoshiki's real, day to day life, I have few complaints about We Are X aside from simply wanting more.

Review originally published during the 2016 Sundance Film Festival. We Are X will open in select theaters via Drafthouse films on Friday, October 21.

WE ARE X - [Trailer] - In theaters starting October 21st! from Drafthouse Films on Vimeo.

More about We Are X

You got my interest.