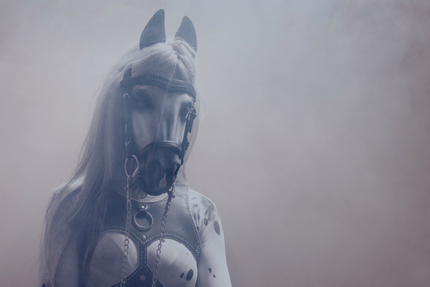 I had this vision of inventing a world that is filled with subculture figures that come from different realms. That was very important for me: that it looks like a mix of scenes and fetishes. That's what made it surreal for me, that most of those scenes are usually separated. I invited people from different scenes and looks. There was no one dictating to me, I had a very low budget but the luxury of fulfilling my own vision and I wanted to fill it with creatures that are truly beautiful and those people and performers would bring others in, so the whole thing grew organically. There are people from the fetish scene, the Goth scene the BDSM scene, the metal scene, the punk scene and the queer scene. Maybe you can't see it but some people are also transgender. My films have always been about identities.

It felt like a love letter to that underground subculture, is that how you saw it?

It wasn't my intention, but I guess that's my life. 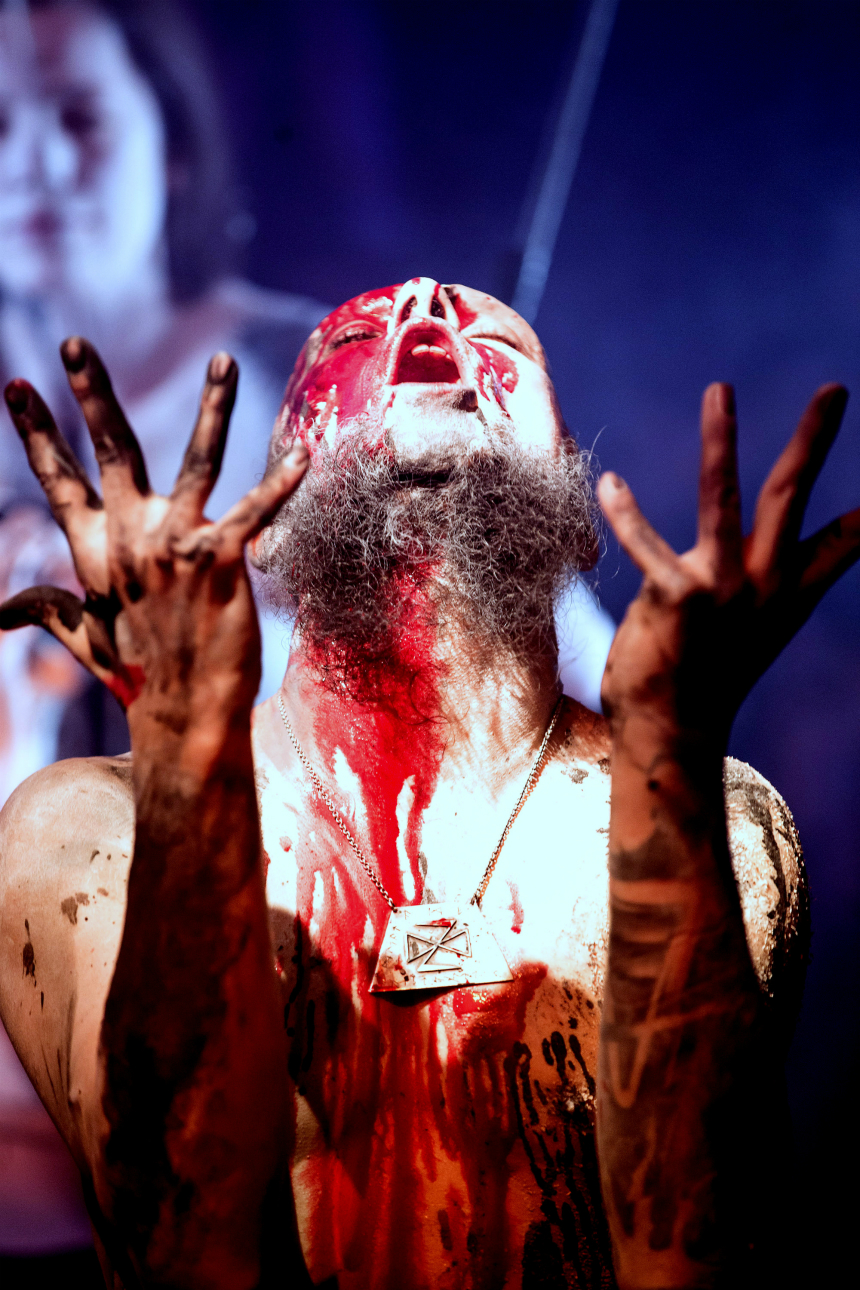 So do you have a background in that world, you've been a part of that scene?

You know to be honest, I always feel a bit underdressed on my sets! I have this metal punk look, I’m the type who wants to go out and I don't want to take two hours to get ready. But I can step into that world if I want.
I don't go there on a weekly basis but yes I do belong to that scene.

I thought there was some really interesting set-dressing in the protagonist, Johanna’s room at the start, there were pics of horses, dolls and I think dolphins on a poster!?

Ha-ha, the horses are a personal thing. I love horses! But actually on a shoestring budget we tried to make it show her immaturity and also be funny. What we did was throw together stuff from our basements; actually somebody’s ex-girlfriend left a lot of it. And yeah, the dolphins: we wanted to make this trashy and girly environment. We had a lot of fun with it. It should be a contrast with what comes later.

There’s these interesting and distinct characters in the film, The Magician and that guy The Hierophant…

I took them from the tarot, which is why I adore Jodorowsky, so I had this idea that these people also exist as cards. So they were archetypes of Johanna’s subconscious. I read it as everything is a projection of her true self and the tarot cards are part of that.

You told me you always want people to stay around for the Q&A, what is it that you want to tell people?

I mostly want to hear about the way the film makes people feel. Because for me it’s such a visual and emotional thing, and the first time I saw it on the big screen I was really overwhelmed by my own work.

The people dressed as horses in the club, what’s that all about?

I actually was at a fetish party at that very club. It was a special gathering of people from all over Europe at this party at the KitKatClub and I went there in a simple latex outfit and I felt underdressed because there were all sorts of animals. People weren’t recognizable: they were dressed from head to toe in these latex costumes and I got inspired by that. Actually the photographer was connected to that pony play scene and all sorts of other performers. I said, “Could we get horses for the shooting?” And he said, “Yeah, the horses want to come over.” It was funny once they took off the horses heads, I think one was from Sweden and the other was from the UK, they were there and everybody loved them.
It’s not about being instantly aroused, that brings it back to the movie, you be whatever you choose to be, and I truly believe there are options at different points in your life and you can choose where you want to go and what you want to take on. I think it's pretty one sided that the modern world is rubbish and it's something to be left behind. I would say the film is a bit like a fairytale for adults.

Did anything shock you during the shooting; was there something you discovered?

It was really overwhelming once the set was arranged and it looked like I envisioned it, and I wanted people to feel good so I said, “Look, you’re thrown into this, what is it you want to do” and “I want you to interact with this and that” I really liked how there was one girl, a real poster beauty who I’d never seen before, and she said, “I’d really like to beat up a man, but not with a whip, with my bare fists. Would that be possible?” and I said, “Well, I’m sure we can find someone” And we did! There was someone, a sub, already tied to a chair wanting to be punished by his mistress and she joined them and hit him with her bare fists. You can see it in the ritual scene towards the end! I liked that energy! 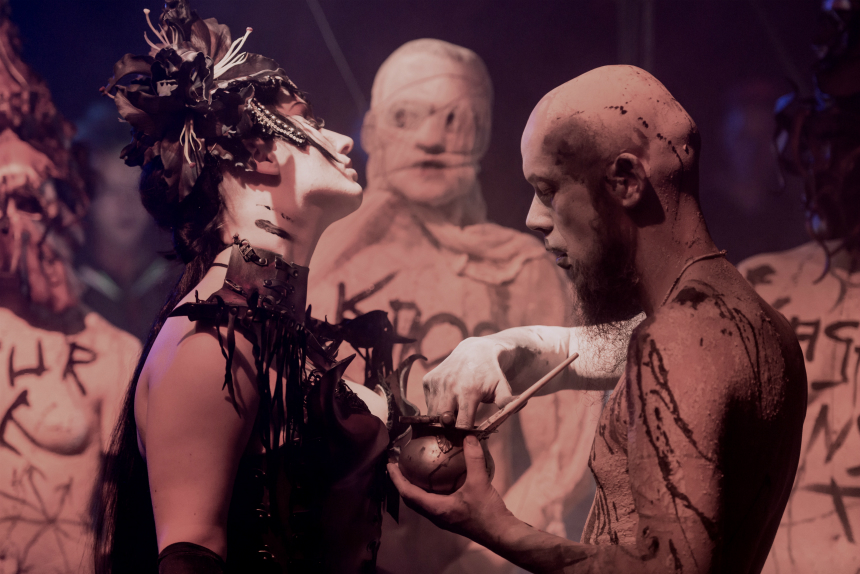