Carrie is a magical entry from a master filmmaker. 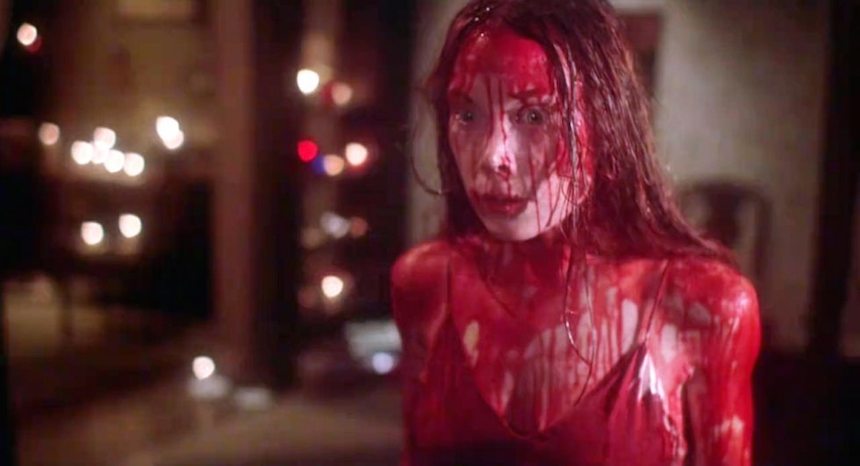 Directed by Brian De Palma, Carrie is one of the all-time greats in the canon of horror. Sissy Spacek and Piper Laurie collectively scared the living hell out of America as the awkward, oppressed daughter and zealot mother duo --- and they each picked up Oscar nominations for their efforts to boot. And for a horror film to be nominated by the Academy... well, that film has to be pretty damn special.

I won't go spouting the plot of the film, because you're probably already familiar with it. If you're not, it's a fantastic piece of filmmaking --- the kind that entrances in an instant. Carrie is one of those films for me --- like The Shining or The Godfather --- that I will sit down and watch if I catch it on TV. Carrie is a magical entry from a master filmmaker. The performances are kinetic, and Pino Donaggio's score is mysterious, haunting, and strangely comforting all at once. For many of the cast, Carrie was their first big-screen role; that includes PJ Soles, John Travolta, Betty Buckley, and Amy Irving. (I'd be remiss if I didn't mention that Nancy Allen is awesome in this, but this wasn't her first feature film.)

Out today from Scream Factory comes their Collector's Edition, just in time for the 40th anniversary of the film. It's hard to believe that much time has gone by since the film shocked viewers in actual theaters, but we've had several Carrie sequels and remakes --- and even a musical --- in between.

To that end, there's a Carrie trailer gallery wherein you can view The Rage: Carrie 2, the 2002 TV movie Carrie, and Kimberly Peirce's recent remake. I feel like I'm forgetting one of them, but let's just say that there's enough religious trauma to go around. There's also a look into the Carrie musical.

Scream Factory (the weirdo horror arm of Shout! Factory) delivers a blood-soaked love letter to the film in the form of a two-disc blu-ray with a new 4K scan as well as nearly THREE HOURS of bonus material. It's truly exhaustive --- and in some cases --- repetitive. For instance, there are two featurettes that interview cast members, and some of them tell the same stories from the set. While I'm not sure this is really necessary, it is interesting to see how the actors have changed in the time frame between when these featurettes were shot.

Speaking of bonus features --- wow. Again, there are A TON. It was cool to hear the screenwriter (Lawrence D. Cohen) talk about the inception of the screenplay and how the film went from idea to script to finished film. Even Carrie was stuck in development hell for a time. Of course, the film adaptation was culled from Stephen King's very first novel and he wasn't well known yet, but it's still mind boggling to consider.

While there was some grain a lot of flickering in some places in the image, they were mostly intermittent, and these are very minor. The film sounds great and Scream Factory has done a terrific job on this screen gem. Very highly recommended.

Interested? Check out the trailer below or head to Scream Factory here.

Do you feel this content is inappropriate or infringes upon your rights? Click here to report it, or see our DMCA policy.
Brian De PalmaCarrieScream FactoryShout FactoryStephen King