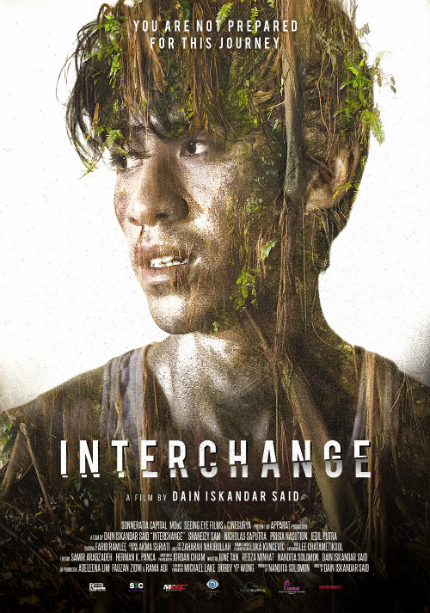 The first full trailer for Dain Said's Interchange gave me shivers, even though it's quite warm where I live.

The supernatural noir is entirely unsettling, at least according to the imagery, sounds, and general atmosphe of the trailer. The film will be making its North American premiere at the Toronto International Film Festival in the Vanguard Section.

Synopsis: The supernatural thriller follows a forensics photographer and a hardnosed cop as they confront their darkest selves while investigating a macabre murder. Their investigation leads them to the realm of superstitions, shamans and the paranormal. The film masterfully combines elements of the real world with the supernatural.

This will mark Said's return to TIFF, after success at the festival in 2011 with his action drama Bunohan: Return to Murder, which went on to be Malaysia's official submission for the Academy Awards for Best Foreign Language film in 2012.

Watch the trailer below. Maybe put on a jacket first.

(Full disclosure: XYZ Films is handling North American sales. ScreenAnarchy founder and editor Todd Brown is a partner at XYZ Films. He was not involved in the writing or editing of this article.)