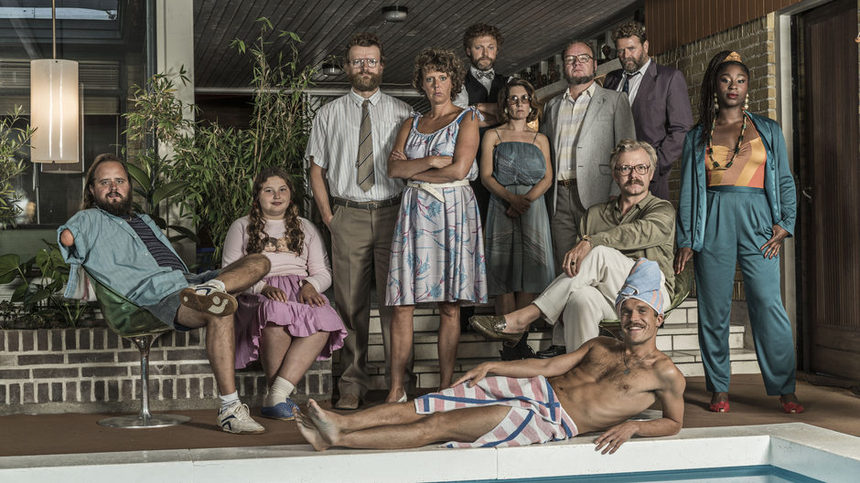 It was back in July that we first brought word of a new comedy written by and starring Klown duo Frank Hvam and Casper Christensen. At the time it was known only by the Danish title of De første danske jordbær but it has since adopted the international title of Dan-Dream and has recently released the first image of the cast so we can get a taste of what's brewing.

Precise plot details are still being kept under wraps with the only hint being that the film is based on the concept of the Jante Law, which is not a legal term but a sort of social law describing the sort of social shaming meant to keep anyone from standing out from the collective with individual success considered - if not outright shameful - more than a little bit gauche.

That's the one released image up above and it's certainly more than enough to get the imagination working. We'll be keeping a close eye for more.

Do you feel this content is inappropriate or infringes upon your rights? Click here to report it, or see our DMCA policy.
Casper ChristensenComedydenmarkFrank HvamklovnklownJesper Rofelt