Venice 2016: Watch New THE BLEEDER Clip - 'Freckles on Your Ass' 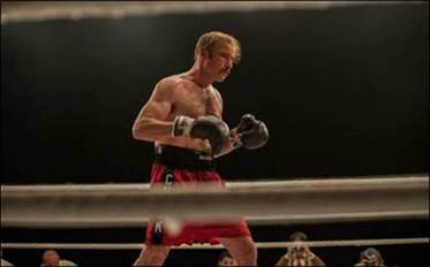 The air is t'ick with accents in a new, NSFW clip from Venice-bound The Bleeder, but things quickly get deadly serious when the wife sits down.

The movie revolves around Chuck Wepner, a professional boxer whose biggest claim to fame was his intense fight against Muhammad Ali in 1975, though the clip takes place in a diner, where Chuck is flirting with a woman, only to have his wife sit down and break the mood in dramatic fashion.

The Bleeder, a film by Philippe Falardeau, is the true-life story of Chuck Wepner (Leiv Schreiber), a liquor salesman from New Jersey, who went 15 rounds in the stunning 1975 heavyweight world championship against the greatest boxer of all time, Muhammad Ali.

In his ten years as a boxer, Wepner endured eight broken noses, 14 losses, two knockouts, a total of 313 stitches, and ultimately inspired the billion-dollar Rocky franchise. But his toughest fights were outside the ring - living an epic life of booze, drugs, wild women, incredible highs and extraordinary lows.

Do you feel this content is inappropriate or infringes upon your rights? Click here to report it, or see our DMCA policy.
Carl HampeChrista CampbellChuck WepnerLati GrobmanLiev SchreiberMichael TollinPhilippe Falardeau