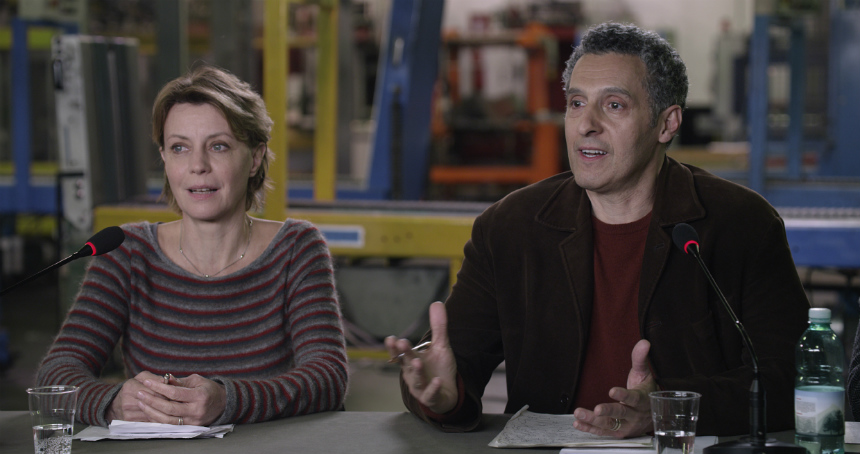 Nanni Moretti's latest film, Mia Madre, is elegant, understated, and discreetly moving. A personal, if not autobiographical film, Mia Madre chronicles the slow death of a filmmaker's mother as the director struggles to complete her movie. Moretti experienced the hospitalization and death of his own mother while he shot 2011's We Have a Pope, which may be why this film's rhythms and emotions feel so genuine.

Margherita (Margherita Buy) is the aforementioned director, a control freak who tends to be oblivious to the needs of those around her. Once she learns of her mother's condition, she is deeply shaken, while her brother Giovanni (played by Moretti) remains practical and accepting of the situation.

Though cinematically portraying a filmmaker as self-involved and insensitive is hardly knew, Margherita is no caricature. She is completely believable as a well-established career woman who isn't used to hearing 'no,' but none of her anal-retentiveness seems to come from a place of meanness. Buy plays her with effortless pathos in a graceful performance that anchors the entire film.

And, naturally, a tightly-wound character such as Margherita needs a foil: enter John Turturro, as Barry -- a buffoonish American actor who is cast in an Italian-speaking role in Margherita's film. Between his horrid Italian, inability to remember his lines, drunken disorderliness, and fictional stories of working for Kubrick, Barry is a comedic delight for audiences, but a nightmare for his director. Turturro elevates what is already a cleverly-written role with his performance, keeping Barry sufficiently silly, yet always human. 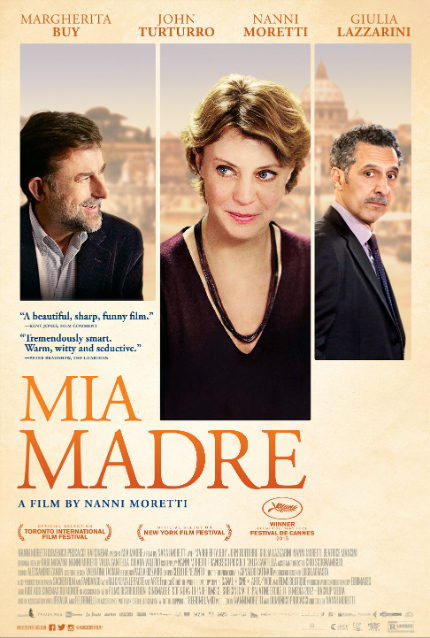 The banality of death and dying are contrasted here with the absurdity of creating fictional worlds for a living (i.e., filmmaking). Barry at one point launches into a tirade about how ridiculous and foolish it is to be an actor, and in another scene Margherita is baffled that her blue-collar extras look nothing like "regular people."

There are a number of relatively mundane dream sequences throughout the film as well, which Moretti shoots identically to the waking scenes--making it effectively disorienting when Margherita jolts awake. Because this isn't a horror film, the dream fakeouts don't feel cheap. Instead they emphasize the strangeness of death and dying, and the disconnect between Margherita's on-set life, home life, and her mother's hospital life.

Moretti and Turturro were on hand to deliver a Q&A following the NYFF press screening, which basically confirmed the film's key messages: life is inconvenient, funny, tragic, and always fascinating. Moretti was charmingly cranky, while Turturro was charmingly bemused. Amidst a festival filled with flashy, high-profile films, Mia Madre provides a much-needed dose of understated loveliness, devoid of the pretentious, so-called 'rhetoric' its filmmaker and lead character so despise.

Do you feel this content is inappropriate or infringes upon your rights? Click here to report it, or see our DMCA policy.
ItalyJohn TurturroMargherita BuyNanni Moretti