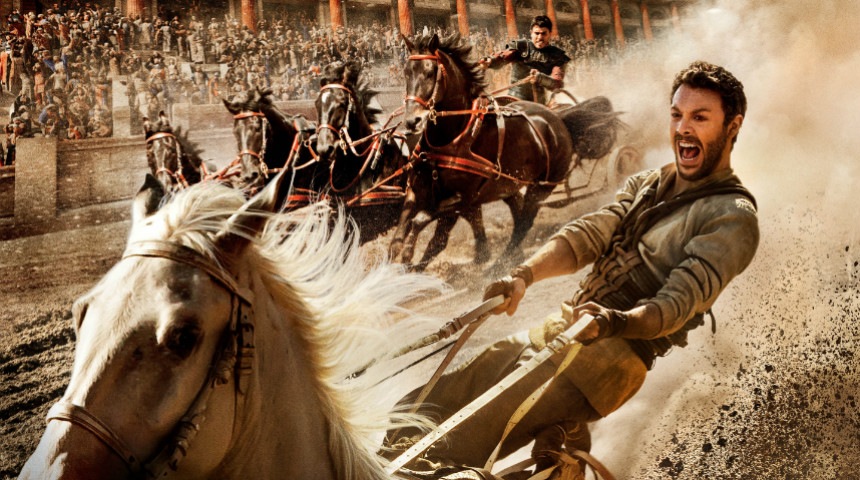 Vividly re-imagined, the new Ben-Hur is a lot of fun to watch, in part because it follows the outline of William Wyler's famed film while injecting fresh new elements. It's not a classic, by any means, but it certainly exceeds expectations.

Some things can't be improved upon, such as the legendary chariot race. To be fair, that epic sequence from 1959, directed by Yakima Canutt and Andrew Marton and influenced heavily by the 1925 silent version, is burned into my brain from more than two dozen viewings and still sends chills down my spine, so I can't imagine any restaging would ever come close.

Taken as a whole, however, this is a more than respectable staging of the material. It all started with Lew Wallace's novel Ben-Hur: A Tale of the Christ. Published in 1880, it became a bestseller, though it defies easy modern consumption. (I have a paperback copy and have been unable to get through more than two pages.) Due to its success, it was adapted into a stage play, which was also quite popular.

The basic plot points have remained the same through three film versions, including the 1925 silent version. It's set in and around Jerusalem in the first century, during the time of Jesus Christ's presence on Earth. Childhood friends Ben-Hur and Messala reunite later in life and realize both have changed. Ben-Hur is falsely accused of a crime by Messala and is sentenced to life as a galley slave. Ben-Hur escapes slavery and returns to Jerusalem to seek revenge against Messala in a chariot race.

Timur Bekmambetov directed the new version from a screenplay credited to Keith R. Clarke (The Way Back) and John Ridley (12 Years a Slave). It begins with hints of the chariot race to come -- no sense ignoring the elephant in the room -- before starting its story in 25 C.E. Judah Ben-Hur (Jack Huston) and his adopted brother Messalah (Toby Kebbell) are introduced as the closest of friends, true brothers. 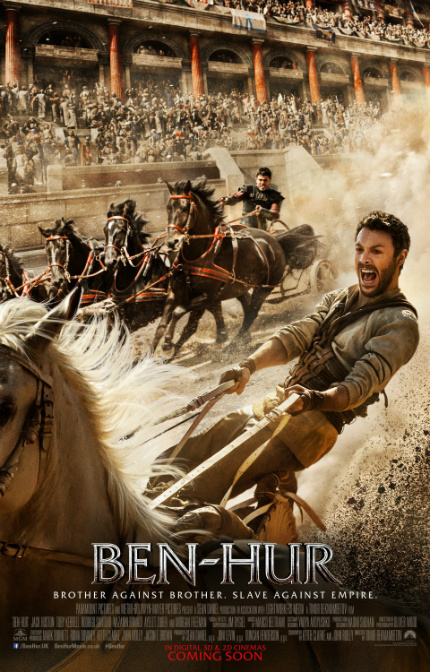 Judah and his family are wealthy Jews in Jerusalem. They're aware of the unhappiness in the city because of the tight governance of the Romans, and the activity of Jewish zealots against that rule. Messalah is unhappy, too, though this has more to do with his desire to establish his own name and create his own wealth. He heads off to join the Roman army. Three years pass before he returns and has a series of encounters with Judah and his family that end with Judah in slavery and the family completely torn apart.

What makes the familiar feel fresh is the screenplay, which provides strong reasoning and motivation for the actions of the lead characters, not only Judah Ben-Hur and Messala but also Esther (Nazanin Boniadi), who becomes Judah's wife. Huston and Kebbell bring true grit and ferocity to their performances, supported by Boniadi and others, including Sofia Black-D'Elia as Tirzah, Judah's sister and Messala's love interest, and Rodrigo Santoro as a firmly convincing version of Jesus. The great Pilou Asbaek (A War) portrays a hissable Pontius Pilate and Morgan Freeman, looking a bit like the Predator, lends his usual wisdom and grace.

Director Timur Bekmambetov (Night Watch, Wanted, Abraham Lincoln: Vampire Hunter) keeps the story moving fluidly through the various scenes of dialogue and exposition, exercising restraint that is later unleashed fully during the extended action sequences. The pace is lively, and Bekmambetov's point of view is nearly constantly in motion. Things become unmoored (and incomprehensible) during one of the major set-pieces, but I was pleasantly engaged during the chariot race, and appreciated the nods to the 1959 movie.

And let my prejudices be clear: as much as I revere that 1959 chariot race sequence, much of the remainder of that movie is stodgy, self-important, and a chore to watch. The new version certainly has its faults -- for one thing, let's not talk about the ending -- but it's altogether enjoyable to watch, the kind of pulp fiction that breezes by on its way to a much anticipated climax.

The film opens in many territories in South America, Europe and Asia on Thursday, August 18, and in theaters throughout North America on Friday, August 19. Visit the official site for more information. Check local listings for theaters and showtimes.