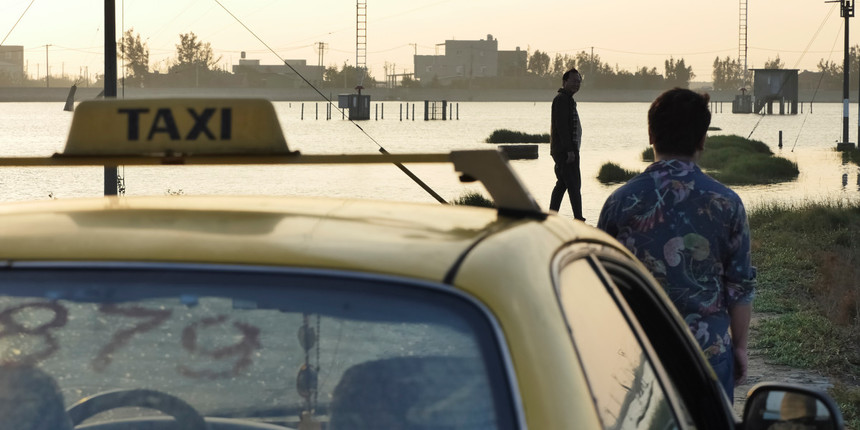 While it may be a stretch to label Chung Mong-Hong's Taiwanese crime story Godspeed a comedy there's something bleakly hilarious in its set up of a blustering drug mule whose day goes horribly wrong when he gets into the wrong taxi.

A selection of the Vanguard program int he Toronto International Film Festival this one promises something unusual in Chinese language cinema these days. With mainland Chinese money overrunning the rest of the industry - and bringing adherence to Chinese censorship requirements with it as everyone tailors their material in pursuit of a high yield Chinese cinema release - the crime content that was such a staple of the Hong Kong industry in particular for so many golden years has dried up in favor of more SARFT friendly material but given Taiwan's difficult political relationship with the mainland ... well, it appears such considerations are far less in play here.

Hong Kong comedy star Michael Hui takes the lead in the film and if director Chung is holding back at all in the violence or portrayal of conetmporary society it certainly isn't showing, nor is any of the 'all criminals must be punished and cops must be heros' mandate of the Chinese censors. The trailer for this one is a whole lot of fun, check it out below.

Do you feel this content is inappropriate or infringes upon your rights? Click here to report it, or see our DMCA policy.
chung mong-hungcomedycrimegodspeedmichael huitiff 2016trailer