Indie film distributors Film Movement are gearing up to release a pair of highly anticipated Blu-rays in their Film Movement Classics line this September. Film Movement first made a name for themselves as a monthly subscription service by which fans could acquire a very well curated collection of independent films through the mail. Fairly recently they have moved into acquiring and releasing older classic titles for release on home video.

This September will see the US Blu-ray releases of two films desperately in need of high definition upgrades. First up is Kamikaze '89 from director Wolf Gremm, a neon noir from Germany that features the final on screen performance of Rainer Werner Fassbinder. The other release is Lee Tamahori's requiem for Maori tribal history, Once Were Warriors. Check out the details and art below. 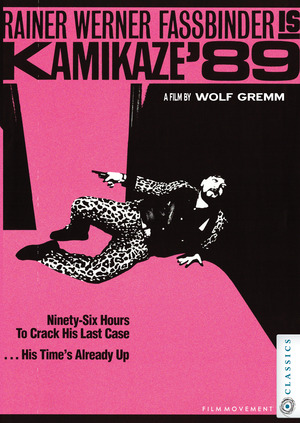 Directed by his friend Wolf Gremm and set in a New Wave, dystopian Germany, KAMIKAZE ‘89 is perhaps Fassbinder's crowning achievement as an actor. The film, throughout which he wears a signature leopard skin suit, also marks Fassbinder’s last collaboration with longtime muse Brigitte Mira and co-star Franco Nero (of DJANGO fame as well as the star of Fassbinder's final project as a writer/director, QUERELLE). KAMIKAZE ‘89 features a haunting electronic score by Edgar Froese of Tangerine Dream.

Vincent Canby of The New York Times called KAMIKAZE ‘89 “a footnote to film history” when it was originally released, but New York Magazine’s Vulture describes it as “truly, deeply, gloriously weird." The DVD and Blu-ray bonus features will include a documentary, RAINER WERNER FASSBINDER: THE LAST YEAR, about the making of KAMIKAZE ’89 and QUERELLE; Wolf Gremm’s video memoir A WOLF AT THE DOOR; a producer’s commentary with Regina Ziegler; John Cassavetes’ KAMIKAZE ’89 radio spots; the original KAMIKAZE ’89 trailer and essays written by film critics Nick Pinkerton and Samuel B. Prime. 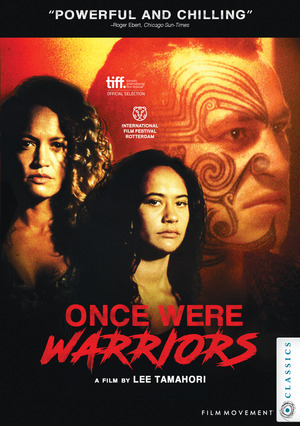 ONCE WERE WARRIORS 's bracing portrayal of domestic violence made it nothing short of a phenomenon when it was released in New Zealand in 1994, blowing away previous box office records and introducing director Lee Tamahori to cinemagoers around the world. Adapted from Alan Duff’s bestselling novel, the film is a harrowing depiction of a Maori family’s struggle for survival. Jake Heke (Temuera Morrison) lives with his family in a tenement house for native Maori in the slums of Auckland. Despite his love and devotion, Jake’s battle with alcoholism frequently results in terrifyingly erratic outbursts in front of his children and violent beatings of his wife Beth (Rena Owen). After Jake loses his job, each member of the Heke family is forced to face their own personal demons and the societal constraints that shackle native New Zealanders.

In his original review of ONCE WERE WARRIORS, Roger Ebert wrote that it was “powerful and chilling” and Edward Guthmann of The San Francisco Chronicle called it “a gut-grabber from New Zealand…that stays with you for days.” The film received several awards from around the world: the Audience Award at the Rotterdam International Film Festival, Best Foreign Film by the Australian Film Institute, the Best Actress Award at the San Diego International Film Festival, and recognition at the Venice and the Fantasporto Film Festivals. The new DVD and Blu-ray will include a behind-the-scenes featurette; the film’s original theatrical trailer; and an essay by Peter Calder of the New Zealand Herald.

Do you feel this content is inappropriate or infringes upon your rights? Click here to report it, or see our DMCA policy.
Blu-rayhome videoLee TamahoriRainer Werner Fassbinder

More about Once Were Warriors