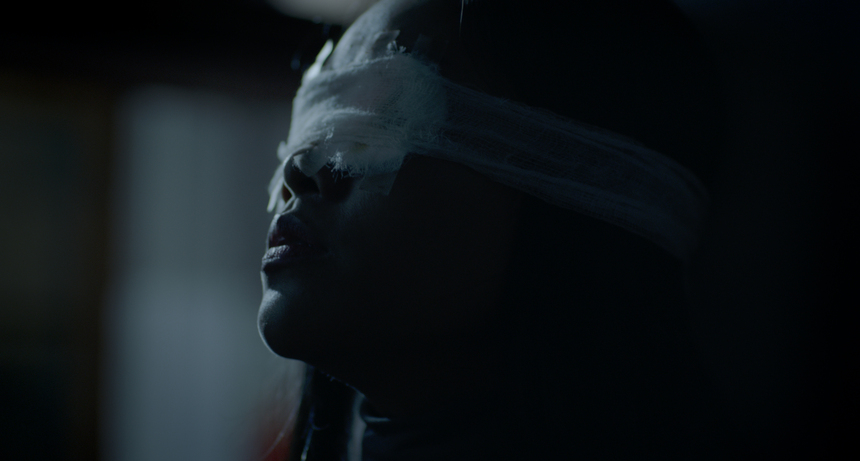 With its world premiere announced yesterday as part of the initial lineup of Fantastic Fest 2016 titles the trailer for Laotian director Mattie Do's sophomore feature Dearest Sister has just arrived online and it's a good one! Here's how the festival describes the film:

Fantastic Fest has a long traditional of showcasing filmmakers who make entertaining work while overcoming whatever obstacles are placed in front of them. Consider then the achievements of second-time Fantastic Fest director Mattie Do. Mattie hails from Laos and Dearest Sister is Laos’ 13th film. Not this year, but EVER. Mattie is Laos’ only horror filmmaker and also its only female filmmaker. In her own words, she’s “the crazy horror chick that's calculating how much pig blood I can buy for the cash I've got in my pocket.”

Laos has no production infrastructure and no distribution options. It has one movie theater. Again, in Mattie’s own words, “every Lao film is a historic event. Every film made here breaks ground in a totally new film industry.” Consider that when her native audience sees her movies, they are seeing the only horror films they’ve ever seen. And the films they’re watching from Mattie happen to be great.

Dearest Sister mixes traditional ghost story elements with both local folklore and real events while providing both social and gender commentary in the face of local censorship. Sister uses familiar elements from supernatural stories, but not only is its narrative uniquely Mattie Do but its uniquely a product of her culture. It’s a great film and the type of accomplishment that Fantastic Fest was made to celebrate.

ScreenAnarchy's history with Do goes back a while, from extensive coverage of her first film Chanthaly through to supporting the crowd funding campaign that helped get Dearest Sister into production through to me personally getting involved as an EP on this film. So, no, we're not even remotely objective when it comes to either the film or its creator. We are, however, immensely proud and excited to share with you a trailer that we hope you'll find every bit as exciting as we do. Take a look below.