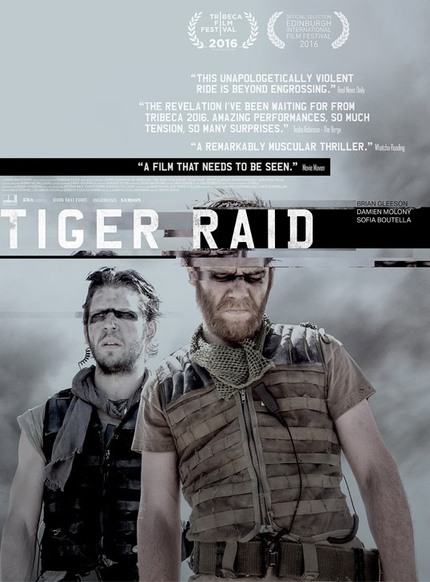 Brian Gleeson (brother of Domhnall Glesson) and Damien Molony star as two mercenaries teetering on the edge of sanity in Simon Dixon’s gritty debut feature, Tiger Raid.  The film picks up when the two professionals take a job to kidnap the daughter of a powerful Middle Eastern politician, played by Star Trek Beyond’s Sofia Boutella, and the years of violence come crashing to a head.

Tiger Raid premiered at the Tribeca Film Festival this year, where early reviews praised its brashness, the performances of its three main leads, as well as the confluences of a surprising plot. The trailer certainly highlights a character driven story at the centre of a decidedly R-rated work.

Heres the official synopsis: "Joe and Paddy are members of a private security crew working in the Middle East. They have been assigned to kidnap the daughter of a powerful man as part of a major robbery – a Tiger Raid. We meet them as they travel through the inhospitable desert on their way to execute the raid."

While Tiger Raid does not yet have a release date, it is due to hit Irish theatres this fall.